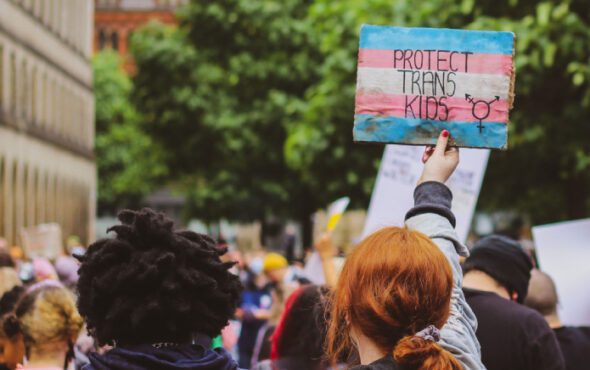 Throughout 2021 and 2022, states across America have either enacted or introduced laws targeting trans youth and the LGBTQ+ community as a whole.

From Alabama and Iowa to Arizona and Tennessee, the amount of hate and bigotry has steadily increased over a short period of time.

One of the most notorious places to attack the rights of trans people has been the state of Tennessee. Back in 2021, the governor banned transgender athletes from playing school sports in middle and high school.

Under the legislation, students are required to prove that their sex aligns with that listed on their “original” birth certificate.

The law also requires those without a birth certificate to use other official documents that “indicate the student’s sex at the time of birth.”

On 6 May, Governor Lee continued to target trans athletes by signing Senate Bill 2153 (SB2153) into law – which extends the requirements from the aforementioned bill to collegiate sports.

Now any trans athlete attending a public university or college in the state is forbidden from participating in “intercollegiate or intramural sports.”

In addition, private institutions are forced to ban trans students from participating in sports if they compete against public schools.

Regarding potential lawsuits from students or LGBTQ+ activists, SB 2153 also prevents “adverse action” towards universities, colleges and students who comply with the harmful law.

“2022 is on track to surpass a record number of anti-transgender bills filed in state legislatures this year, in large part because of the efforts by Governor Bill Lee and the Tennessee lawmakers who, law after law, year after year, continue their legislative assault on the LGBTQ+ community, particularly transgender people,” Oakley said.

“Other governors, including Republicans, have decided to lead with compassion, but not Governor Lee. The Human Rights Campaign condemns his actions, and those of the anti-equality legislators in the state house in the strongest terms.”

“This law sends a horrible message that trans and nonbinary youth can be excluded from the many benefits of participating in sports,” Sanders explained.

“More broadly, it also stains those who are complicit and creates habits of lawmaking that endanger everyone in Tennessee. Legislation crafted from animus and ignorance protects no one.”

According to the Associated Press, the archaic SB 2153 law is set to go into effect on 1 July.