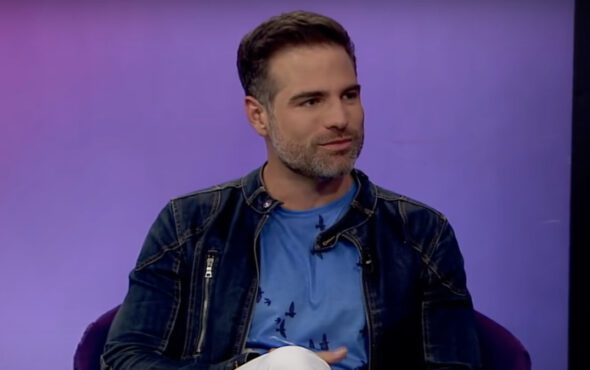 Ecuadorian actor Roberto Manrique has come out as part of the LGBTQ+ community in a heartfelt social media post.

The 42-year-old star opened up about his sexuality in an eight-minute video on Instagram.

“I want to tell you something very important and very personal. Something which I have never confessed before, but now I feel the urge to do so,” he began.

“It has to do with my sexuality. It had never seemed important to me to say that I am homosexual because I never considered that to be relevant.

“I felt that other aspects of myself were the priority and I still think that is the case.”

He went on to say that, before uploading the video, he had a “few weird days” and “few weird weeks” in which he couldn’t pinpoint what was “wrong” with himself.

“But then I managed to go very deep and there I realized that I have not finished loving myself,” he explained.

The telenovela star also discussed his childhood and the challenges that he faced growing up in a conservative society.

“Robertito grew up in a world that did not allow him to be who he was, where crying was not manly, where the vulnerability was not worthy,” he said.

“Instead, it was judged. Let alone the fact that I liked men, and that I felt for as long as I can remember, that there was something wrong with me. How can I not continue to feel some guilt for being who I am.”

But the feeling of isolation and societal pressure is a thing of the past for Manrique, who went on to say that his “wonderful family” and entire friend circle are accepting.

“I don’t really feel like I’m coming out of the closet, but I was fooling myself and a part of me didn’t feel right until I told that Roberto inside: ‘You don’t have to feel guilty about it,’” he continued.

He also mentioned that he has been in love for seven years with his “beautiful partner” who helps keep him driven.

Manrique ended his video with encouraging words for his fans and the LGBTQ+ community as a whole.

“We are perfect, wonderful and loving beings, just as we are. Anyone else who might hear this and feel like they have something to feel guilty about, you don’t have to. You are perfect,’ he said.

Over the years, the actor has been a staple in the soap opera and telenovela industry. He worked on hit series like The Clone, Husbands For Rent and Wild Flower.

Alongside his extensive acting credits, Manrique is an activist and worked with numerous organizations in Ecuador and India.

Sending the warmest of welcomes to Roberto.