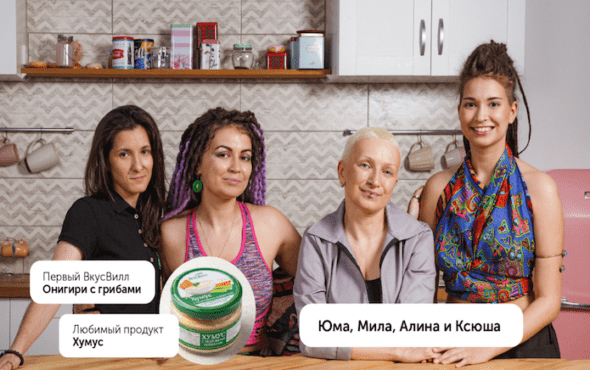 The VkusVill advert was launched to highlight their regular customer base which ran at the end of Pride Month.

VkusVil kept in line with Russian law which bans LGBTQ+ advertising or propaganda and states companies must feature an age rating of 18 plus to prevent children from viewing “gay propaganda”.

Shortly after the advert aired online, the company was swarmed with hate comments and death threats targeting the advert which included a lesbian family.

Following the backlash, VKusVill issued an apology: “We consider this publication to be our mistake, which was the result of individual employees’ unprofessionalism.”

At the time, the retail chain said it would be “hypocritical” to remove the family’s story which was marked to comply with Russian regulation.

However, the image of the chosen LGBTQ+ family for the advert was replaced with one that represented a heterosexual family.

Further in the apology, the Russian company wrote: “The goal of our company is to enable our customers to receive fresh and delicious products every day, and not to publish articles that reflect any political or social views.”

Customers and LGBTQ+ people have been outraged by the company’s decision to backtrack on representation.

Over 35,000 people have commented on the company’s social media feed on Instagram feed reflecting on VKusVill’s decision to tweak the advert.

Russia has been criticised by EU countries and human rights activist campaigns for the country’s 2013 “gay propaganda” law.

In 2020, Russia also went ahead with constitutional changes to define marriage as between a man and a woman only.