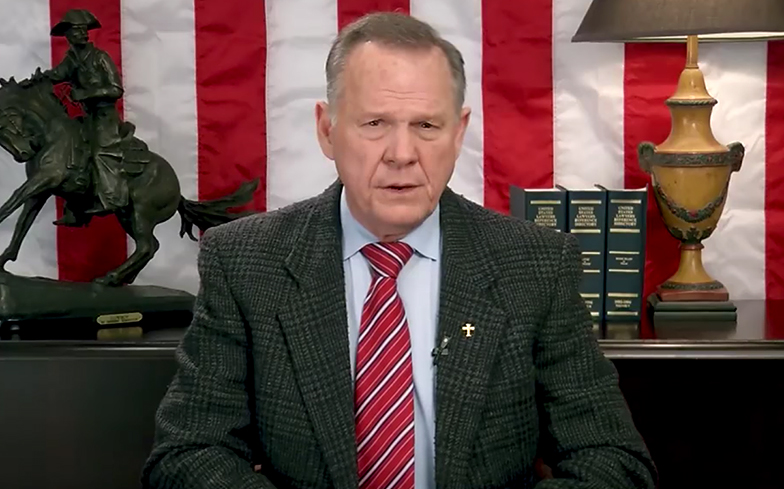 The Republican politician lost Alabama’s senate election to Democrat Doug Jones on Tuesday, following a campaign plagued with scandals including accusations of sexual assault and child molestation, which he denied.

But in a video statement, Moore has refused to concede the election, and spoken out against the so-called “rulers of the darkness”, which we’re assuming is his affectionate nickname for the LGBTQ community.

“We are indeed in a struggle to preserve our republic, our civilisation and our religion and to set free a suffering humanity,” he says in the clip.

“Today, we no longer recognise the universal truth that God is the author of our life and liberty. Abortion, sodomy and materialism have taken the place of life, liberty and the pursuit of happiness.”

But of course, Moore didn’t stop at offending gay people and women who exercise their right to control their own bodies – he also threw in some faux exasperation over people who transition, which literally has zero effect on his life.

“We have stopped prayer in schools, we’ve murdered over 60 million of our unborn children, we’ve redefined marriage and destroyed the basis of family, which is the building block of our country,” he continues.

“We’ve even begun to recognise the right of a man to claim to be a woman, and vice versa.”

Moore has consistently caused controversy for his questionable views – earlier this year it was unearthed that Moore had once compared sex between two consenting adults of the same sex to bestiality during a 2005 interview.