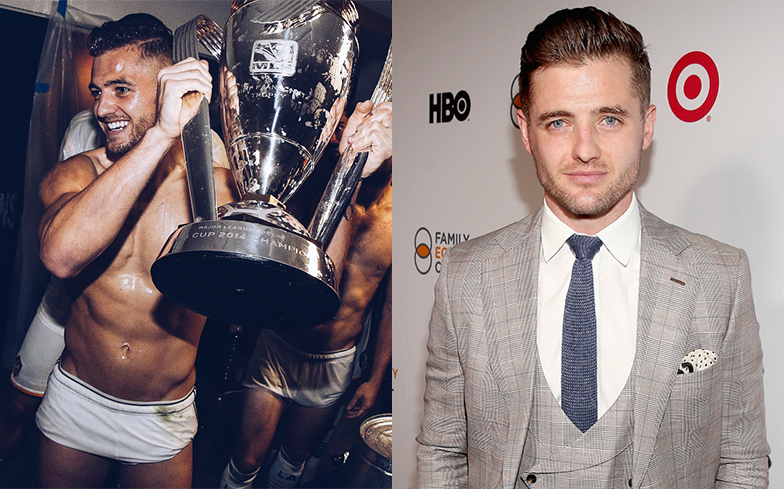 Robbie Rogers has announced his retirement from professional football.

The 30-year-old LA Galaxy defender came out as gay while announcing his initial retirement in 2013 after leaving Leeds United, although he returned to the game when he signed with Galaxy just three months later.

“It is with mixed emotions that I announce my retirement from the game of soccer,” he said in a statement on the LA Galaxy website. “Right now, I feel like I’ve accomplished pretty much everything that I want to accomplish.”

His retirement, which comes after a series of injuries and eight operations as a professional, the most recent being an ankle injury in May, means that there are currently no openly gay men playing in US major pro sports.

“As a young boy I dreamed of becoming a professional soccer player and representing my country in front of the world,” he wrote. “But as a teenager I grew more and more consumed by fear and shame.

“And sadly, at some point the scared kid inside me decided that pursuing my dream meant sacrificing a part of myself and hiding my sexuality from the world instead of embracing it.

“My happiest years as a player are the ones where I could walk through the stadium at the end of the games down the tunnel to my partner and son waiting for me at the other end.”

Robbie is engaged to Hollywood producer Greg Berlanti, and together they have a son named Caleb.

“My only regret in my eleven year career are the years I spent in the closet,” he continued.

“I wish I could have found the courage that so many young individuals have shared with me in the past five years to live honestly and openly as a gay person.

“These are the young people that inspired me to overcome my fears and return to playing. They’re still the kids that send me letters every week. To those kids, I say thank you.

“My proudest accomplishment in my career is helping to create a more open sport for you.”

LA Galaxy president Chris Klein called Robbie “an integral part of our club and our community” and praised him for “breaking barriers and being a force for positive change” while being an out gay athlete.

Last year, Robbie appeared alongside fellow gay athlete Gus Kenworthy as a guest star on The Real O’Neals to give teenager Kenny, played by Noah Galvin, a pep talk about his sexuality.