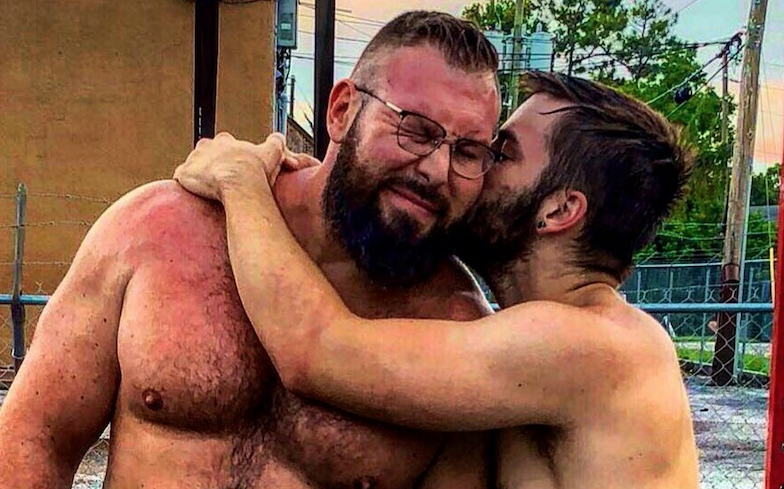 “The wedding was perfect! It does get better.”

Mike Parrow has married his longtime partner in a beautiful ceremony.

The professional wrestler tied the knot with Morgan Cole on Saturday (14 March) in front of their family and friends. He thanked everyone from the “bottom of our hearts” for attending the wedding amidst growing coronavirus concerns.

Parrow wrote: “Thank you to our friends that were able join us especially during the current circumstances and all the others who sent well wishes, it meant the world to us. The wedding was perfect! It does get better!”

Days before the wedding, the wrestler revealed on Instagram that he used to meet Cole in secret because he was closeted. He wrote: “I told him I was never #comingout and he could only come over at night, Now I can’t imagine my life without him!”

Parrow came out as gay in 2017 after struggling for years with his sexuality and identity.

“My mum was very Catholic, and there was never any talk or anything about being gay. It was just never brought up. In my hometown, we didn’t really have anybody that was gay,” he said at the time.

“I didn’t want to be gay because everything represented was nowhere close to being me. I kind of withheld that and I buried it. As a kid, I had no role models whatsoever to look up to. I was like, ‘There’s no way that there are other people like me.'”

After attempting to repress his sexuality with conversion ‘therapy’, Farrow made the decision to come out.

He continued: “It was the first time I heard people had the same feelings that I did. Being there, I realized I am gay and that is not going to change. Because one of [conversion therapy’s] premises is that it’s a choice. It’s not a choice.

“You’re born this way. So right there, that’s a flawed philosophy.”