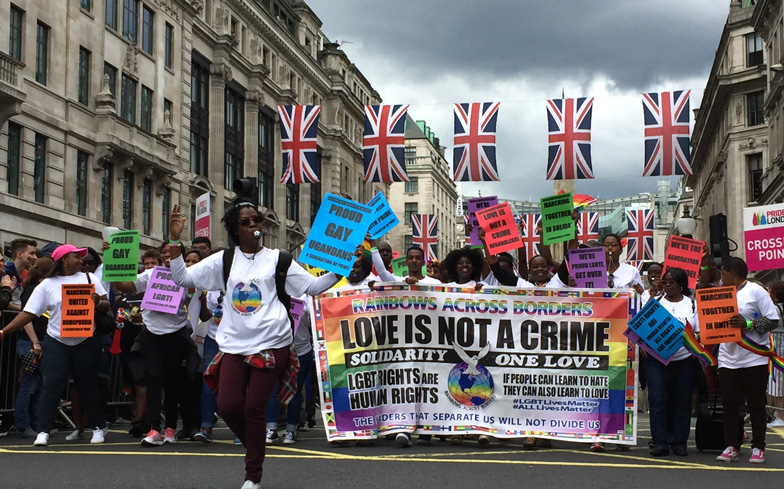 Over the last few months our community has come together throughout the country and all over the world to celebrate Pride. We’ve taken over central London, Birmingham, Brighton and parks in every corner of the UK.

Hundreds of thousands of people have taken to the streets to celebrate the LGBT+ community and the rights we’ve won.

This year marked 50 years since the partial decriminalisation of homosexuality in England and Wales and 2019 marks 50 years since the beginning of the global gay liberation movement. But to this day one of the questions that still gets asked, even from within our own community and beyond: do we still need Pride?

The short answer? Yes. We need Pride now, more than ever.

Pride was born in 1969 when Marsha P. Johnson threw the first brick at the police in the Stonewall riots. The moment that brick was thrown, our fight truly began.

While we may seem to be equal on paper, the actual truth is far from that. A shocking 4 out of 5 people in the UK have experienced hate crime related to their gender identity or sexual orientation in their lifetime. Between 2014-2015 over 7,000 cases were reported and that’s the UK alone.

Just last week a gay couple were savagely beaten in central London outside their home by a group of men leaving them with multiple broken bones and teeth. Taunted because of their sexuality and the way they dress… That’s just one case.

It’s still illegal to be a homosexual in over 70 countries around the world, some still punishable by death. With situations like gay men being taken to concentration camps in Chechnya, then being beaten and killed. The 42 men arrested in Nigeria, gay men being lashed in Indonesia, the men being thrown from rooftops by ISIS, Istanbul Pride being banned, the situation in Russia… The list goes on.

The global LGBT+ situation is still at a critical point and now is not the time to attack each other. While some may only see Pride as an excuse to party, it means so much more than that. It’s time to put aside the petty squabbles and practice what we preach.

Mental health issues are at an all-time high, with suicide being the number one killer of men. Age, body, femme and slut shaming are rife in the LGBT+ community along with racism, disability discrimination and HIV stigma.

Equality and solidarity aren’t just marketing campaigns or phrases you shout in the parade. It’s a movement to create a safer world for our community to live in.

Until each and every member of the global LGBT+ community is free to be themselves without fear of persecution, we march. And after that, we celebrate. Thousands of lives have been lost and continue to be taken in the fight for our rights.

To the LGBT+ people still questioning why we still have Pride – Take a moment and do some research. Read some of the harrowing accounts of hate crime in the UK, then take a look at some of the horrific events happening around the world while you enjoy your privileged opinion.

Now isn’t a time to get complacent. We got where we are today by fighting for our rights, not by tearing each other apart. Marsha didn’t throw that brick for you to be attacking your own community.

I’m not saying we all have to become activists overnight, but the one thing you can do is stop with the negativity. Wave those flags, celebrate our community and remember why we’re marching. Pride is about empowerment, love, liberation, strength and unity. It’s a glimpse into the future what the world could look like if we set aside our isolated fears and realised we’re all just human.

Have Pride in yourself, your community and the people who got us where we are today.