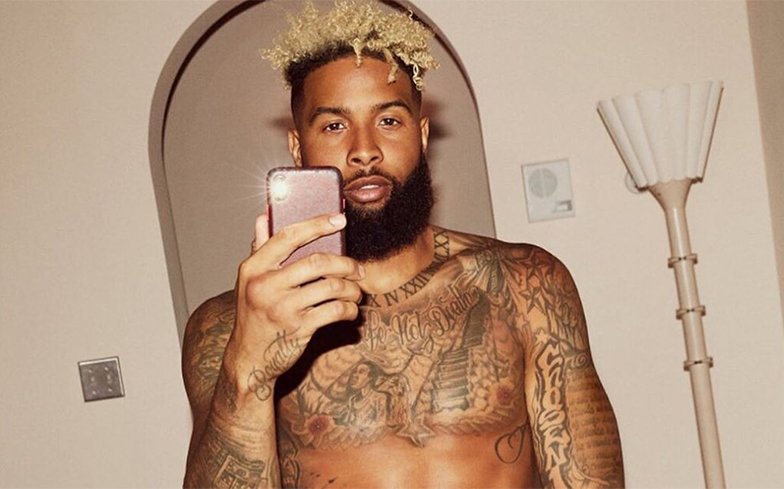 The American football star, who currently plays as the wide receiver for the Cleveland Browns, has faced a string of anti-gay comments on his latest Instagram post, which sees him posing in his underwear for a new Calvin Klein campaign.

“Boy look gay as hell,” wrote one Instagram user, while another added: “He low key gay tho.”

Responding to the comments and rumours about his sexuality – which have followed him for years now – Odell re-affirmed that he is indeed straight and said he shouldn’t need to keep addressing his sexuality.

“Yallll chilllll mann damnnnn! It be a lot of y’all sayin sus and alll the other comments that realllly be a direct reflection of who u are! Im straight! Like beyond it,” he wrote.

“If I sit here and defend myself y’all gon say im tryna defend myself, if I sit there and say nothin yalll gon say ‘seee he didn’t say anything.’ I’m good wit me. Which is dumb straightttt… Period.

“I don’t neeed to say this shxt no mooooo! Half y’all girls in these comments. This the last time ima break this shxt down for y’all.”

Former NFL player Wade Davis joined in the debate, commenting: “Y’all kill me with all this homophobia towards [Odell] – clearly y’all the ones who are insecure. Hateful comments say more about you than it does about Odell.”

Earlier this year when Odell covered GQ magazine, the sports star explained how the rumours around his sexuality started after an altercation with Jason Norman of the Carolina Panthers.

Norman reportedly threatened Beckham with a baseball bat and shouted anti-gay slurs at him, which led to the star being suspended for one game. News sites then started speculating about how he identifies.

“I’ve never had an opportunity to talk about this,” he told the publication. “Honestly wasn’t offended. I’ve never once had no problem with anybody who has their own personal life that they live. I have friends who are gay.

He added: “I have no problem with anyone’s sexual orientation.”