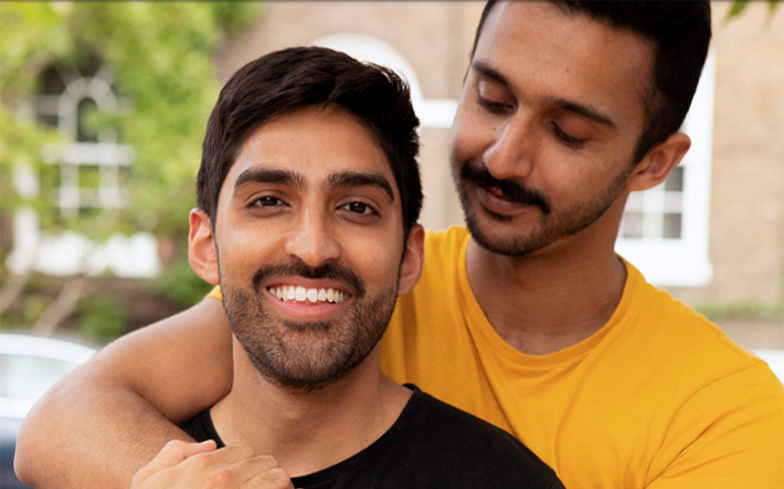 The gay men’s health project’s groundbreaking Me. Him. Us. project is returning to London and across the country, and will be encouraging South Asian gay and bi men to test for HIV, similar to its predecessor for black gay and bi men.

The campaign was created by and features a team of dedicated and passionate South Asian gay and bi men who want to make positive change in their communities and address the lack of diversity and representation in health campaigns.

“Being South Asian and same-sex attracted can be a delicate balancing act,” says Alexander Leon, one of the campaign’s project leads.

“For me, the clash of trying to observe cultural norms while navigating an emerging queer identity was a deeply isolating experience. It seemed impossible to stay true to my authentic self while maintaining a meaningful relationship with my loved ones whose culture or religion sometimes dictated intolerance.

“What’s more, as I began to come into my own as a gay man, it became achingly evident that there was meagre representation of South Asian gay and bisexual men in LGBTQ+ social spaces and media.”

Alexander continued: “To me, this is part of the magic of GMFA’s Me. Him. Us. HIV testing campaign – not only does it highlight an important inequality faced among gay and bisexual South Asian men, namely education on and access to HIV prevention strategies, but it’s an ingenious double whammy – we educate our community while showcasing some of its less celebrated members.”

Posters for the campaign, which will be displayed in LGBTQ venues across the country, feature the slogan, “We test for HIV because we look after each other”, and encourage other people to get tested too.

Ian Howley, Chief Executive of LGBT HERO, the parent organisation of GMFA – the gay men’s health project said, “I’m proud that LGBT HERO is in a position to develop this work in partnership with South Asian gay and bisexual men.

“It’s important that South Asian men have a platform to create personal and social change in our community. For far too long, these men are an afterthought or used in a tokenistic way. This version of Me. Him. Us. puts South Asian gay and bisexual men front and centre of a national campaign. That’s really important.

Ian continued: “Although this campaign is focused on representation, it also has an important message.

“At LGBT HERO we recommend that all sexually active men, no matter their background, are tested for HIV at least every six months. Early diagnosis of HIV infection enables better treatment for you and reduces the risk of transmitting the infection to others.”

Find out more about the Me. Him. Us. campaign for South Asian gay and bi men here.