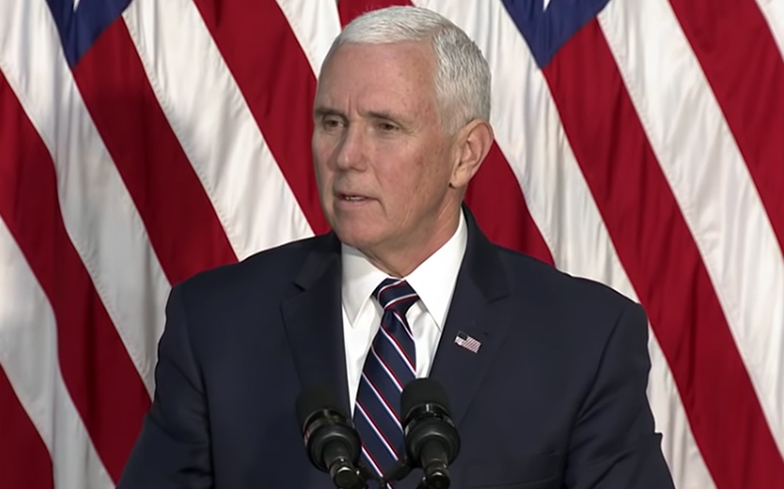 Mike Pence continues to let the LGBTQ community down.

…not that we expected anything different.

The Vice President of the United States, who has notoriously been opposed to LGBTQ rights through his career, has faced criticism for a pre-World AIDS Day address he delivered at The White House on Thursday (29 November).

Pence failed to mention the LGBTQ community or even use the word ‘gay’ in his speech, despite the community being disproportionately affected by HIV & AIDs, particularly during the 1980s epidemic.

Pence did promise, however, that the government will be offering up $100 million to support “faith-based organisations and communities” that fight against HIV & AIDS around the world.

It’s unclear whether these faith-based organisations are welcoming of LGBTQ people.

Chad Griffin, President of the Human Rights Campaign, called the speech “the height of hypocrisy” and used the opportunity to remind people of his previous actions.

“From spreading misinformation about condom use, to contributing to a major outbreak of HIV & AIDS in his home state, Pence has put ideology before the health & lives of countless people,” he said.

“Today, as Pence reads hollow prepared remarks, he himself is part of the problem. For decades he has stood in the way of real progress to combat HIV & AIDS in this country and around the world.”

Back in 2000, Pence argued that funding should be taken away from treatment of people suffering from HIV & AIDS and give to “institutions which provide assistance to those seeking to change their sexual behaviour.”

He’s also incorrectly stated in the past that condoms provide “very poor protection” against STD transmission, and argued that a “commitment to abstinence is the best choice for our young people”.

You can watch a Human Rights Campaign video about Pence’s comments on HIV below.