Matt LeBlanc says he “disagrees” that Friends was homophobic 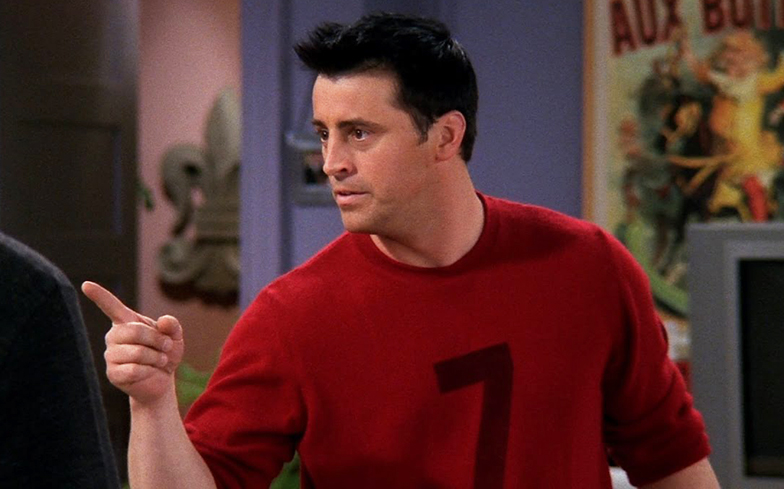 When the hit 90s sitcom came to Netflix earlier this year, fans were ecstatic that they could finally binge on their favourite show, but some were shocked when they realised how problematic the humour actually was.

Many of the jokes in the show focus on Chandler’s parent being transgender, Ross’ ex-wife being a lesbian, and people mistaking Chandler for being gay – which often leads to him exhibiting ‘gay panic’ traits.

Other criticisms of the show include the recurrent fat-shaming of Monica, Ross crossing boundaries by dating one of his students, and the distinct lack of racial diversity.

If you’re not quite convinced, this 50-minute compilation of all the subtle homophobic moments might do the trick.

Matt LeBlanc, who played Joey on Friends and currently co-hosts on Top Gear, spoke to BBC News about the fresh criticism of the show’s humour, where he denied that it was offensive towards any group of people.

“I’ve heard rumours too about people taking pot shots at Friends, but I don’t want to get into that. I disagree with all that,” he said.

“On Top Gear we tend to steer clear of any sort of political content, nothing too topical.

“On Friends we steered clear of that kind of thing, too. Friends was about themes that stand the test of time – trust, love, relationships, betrayal, family and things like that.”

While Matt may disagree that the show has aged poorly, Kathleen Turner – who played Chandler’s transgender parent Charles – told Gay Times that she thinks differently.

“I don’t think it’s aged well,” she said. “It was a 30 minute sitcom. It became a phenomenon, but no one ever took it seriously as a social comment.”

While her character was never acknowledged as trans on the show, and was referred to as either gay or a drag queen, co-creator Marta Kauffman later confirmed that she was indeed trans.

Despite this, Kathleen also told us why the character was so groundbreaking.

“How they approached with me with it, was ‘would you like to be the first woman playing a man playing a woman?’ I said yes, because there weren’t many drag/trans people on television at the time.”