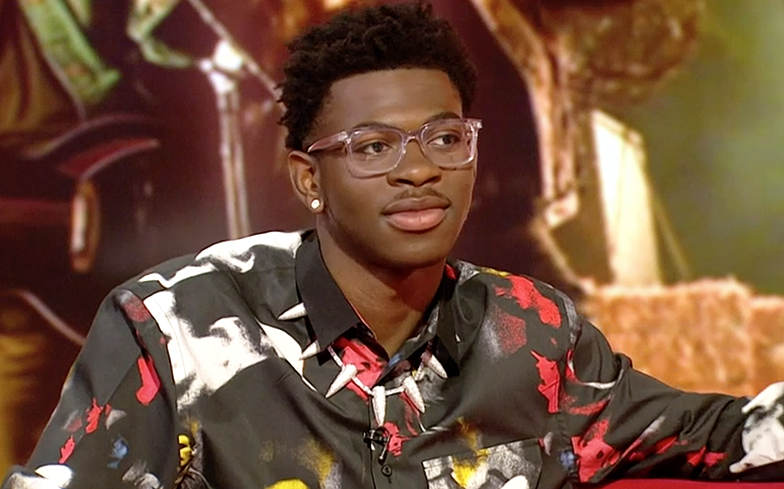 Lil Nas X has opened up about life since coming out as gay.

The 20-year-old rapper, who shot to fame when his single Old Town Road topped the US and UK charts earlier this year, hinted that he was part of the LGBTQ community in a tweet sent at the end of June, which is celebrated as Pride Month.

During an appearance on BBC News on Friday (5 July) morning, Lil Nas X officially confirmed that he identifies as gay, and opened up about his reasons for coming out to the world.

“I was considering never doing it ever, and just taking it to the grave,” he revealed.

On what he hopes fans take away from his coming out, he said: “[I hope] that they feel more comfortable, pretty much. Because especially within the country and hip-hop communities, which [my song] combines, it’s not really accepted in either.”

While his coming out has been mostly praised by fans and other artists, Lil Nas X has also been targeted by homophobic trolls, although he’s so far responded only by mocking them and making light of the situation – you can see his best responses here.

Asked whether he’s worried about facing backlash about his sexuality, he said: “Oh I’m already getting it.”

He continued: “I mean, learning the internet over the past couple of years, I used to be that person being negative. So I’m not angry or anything. I understand how they just want that reaction. But I’m just gonna joke back with them.”

Old Town Road rapper @LilNasX has seen a backlash since he came out earlier this week – but he tells @BBCBreakfast he's taking it with a sense of humour. pic.twitter.com/9HT9Y4F8ft