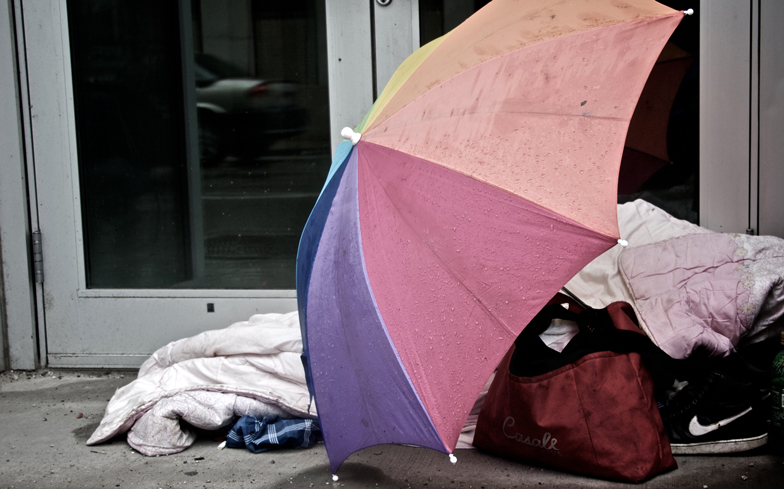 Earlier this week, it was revealed that there has been a huge spike in deaths of homeless people sleeping on Britain’s streets.

Tim Sigsworth, CEO of The Albert Kennedy Trust, tells us more about the social health impact of homelessness and how it disproportionately impacts LGBTQ young homeless people.

We’re shocked and extremely saddened to hear about the rise in deaths of homeless people on the streets, which is part of the social impact facing those experiencing or at-risk of homelessness in the UK.

This social impact is disproportionately experienced by young LGBTQ+ homeless people, who are more vulnerable than their peers. For this reason, we’re calling for mandatory monitoring of gender and sexual orientation by public / publicly commissioned homelessness services nationally to better understand and be able to respond to these unmet needs.

The Rough Sleeping Delivery Plan released earlier this month makes specific reference to LGBT homeless people, which we were delighted to see and which we hope will help increase the visibility of this group.

We also hope to see a focus on prevention and early action supporting initiatives around rough sleeping, like our Purple Door emergency housing project and our digital support services. These reach young people just before or at the point of crisis, and are examples of approaches that can be taken to significantly reduce the public health and welfare costs of medium to long term homelessness.

Finally, we must come to a more general benchmark of what is defined as being ‘homelessness’ in the UK, as currently this seems to be measured in different ways, and we would call for those experiencing vulnerable living situations to be included within this.

Learn more about The Albert Kennedy Trust’s latest campaign, Out of the Cold, at www.akt.org.uk/outofthecold