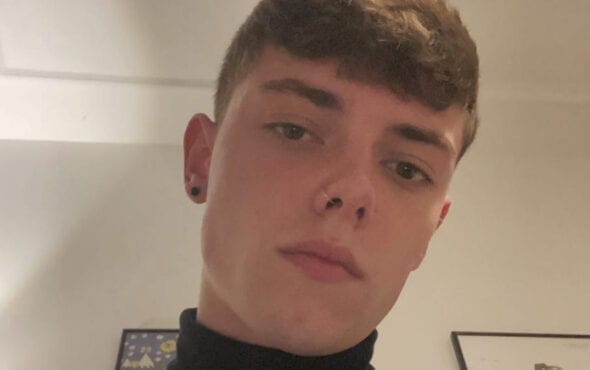 In the early hours of Thursday morning (17 June), Josh Ormrod was attacked by a stranger in Liverpool’s Concert Square as he left a nightclub. The incident occurred after Ormrod danced outside the club with a friend, which led to his attacker hurling homophobic slurs and leaving him “battered and bruised”.

Recalling the incident on social media, Ormrod said a “complete stranger attacked me based purely on the fact that I am not straight” and that the attack was “unprovoked and completely random”.

He wrote: “I’ve no idea who the man is, or if/how he knew me. It was broad daylight on a busy street. I’m not posting this for sympathy – I want it to be used as a warning. These people exist everywhere, and these things happen far too much to be ignored.”

Police confirmed a 26-year-old man from Bolton was arrested on suspicion of assault, and has been released while the incident is investigated further.

Sara Lang of Merseyside Police told ECHO: “This was an appalling incident leaving a man injured and, although we have made one arrest, our investigations continue. Following our enquiries so far we have had an unconfirmed report that a homophobic slur was directed at the victim during the incident.

“We at Merseyside Police simply will not tolerate people being targeted in this manner and so, if you were in the Fleet Street area in the early hours of Thursday morning, and saw, heard or captured anything please let us know and we will take action.”

In his Instagram statement, which has gone viral and attracted support from hundreds of thousands of social media users, Ormrod said his close friend also suffered an “unprovoked hate crime from strangers” in Liverpool over the past week, saying his city is “supposed to be safe” but is “becoming more frightening by the day”.

A spokesperson for Merseyside police confirmed that “there have been several appalling hate crimes” in the city and they are “working tirelessly to find those responsible and bring them to justice”.

“Everyone in Merseyside has the right to go about their daily business without the fear of being subjected to verbal or physical abuse based on their sexuality, and we remain committed to ensuring they can,” they said.

“I would take this opportunity to urge any victim of hate crime on Merseyside to please come forward and let us know. We have a team of officers and staff dedicated to protecting vulnerable people – including minority groups – who will make sure you will be supported at every step as sensitively as possible.”

Ormrod assured his followers that he “got off lightly” with no broken bones or missing teeth, “just battered and bruised”.

“Look out for your friends, don’t walk anywhere alone, and keep yourself safe. these are scary times; we have to come together to stop this from happening to anyone else. We have to be better,” he added.

You can read Ormrod’s full post here or below. Warning: it may contain distressing imagery.