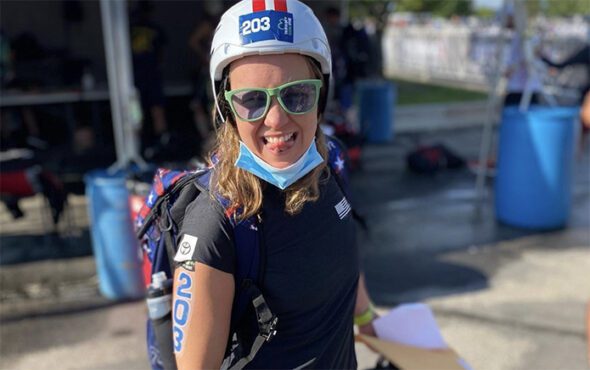 At an age when many LGBTQ+ teenagers are coming to terms with their sexuality, gay Paralympic medal-winner Hailey Danz was coping with a bone cancer diagnosis and the decision to have her left leg amputated above the knee.

Danz, a triathlete who won her second Paralympic silver medal at the 2020 Games in Tokyo, came out last year at the relatively late age of 29, and said the decision had proved “really liberating”.

“In the past, (my sexuality) was something I was always thinking about because I was using so much energy hiding who I was,” said Danz, who matched her success at the 2016 Rio Paralympics in the women’s PTS2 paratriathlon in Tokyo.

“I was so exhausted from carrying this burden that I became someone that I didn’t like very much … I was short with people, I was snippy, not my normal fun-loving self,” she told the Thomson Reuters Foundation from her home in the US state of Colorado.

Eventually, she resolved to go public about being gay.

“(I decided) I need to let go of the thing that I’m carrying so that I can go back to being who I am,” said Danz, one of at least 34 openly LGBTQ+ athletes to compete in the 2020 Games that end on Sunday, according to sport site Outsports.

That is almost three times as many as the number who took part in the 2016 Rio Paralympics.

Delayed for a year due to the coronavirus pandemic, this year’s Paralympic Games were an unusual experience for competitors, who had to undergo frequent testing for COVID-19 and took part in their events in front of minimal audiences. 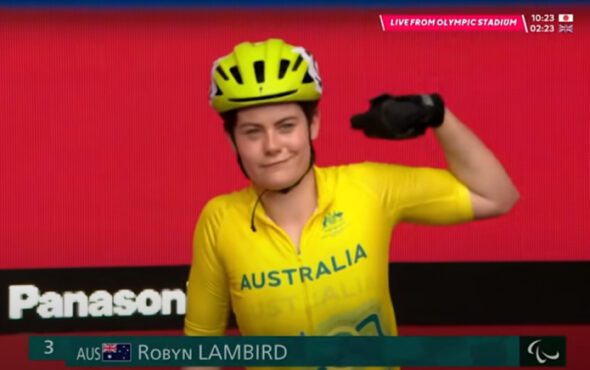 “I kind of went into it thinking that it wasn’t going to be the most amazing experience … but it far exceeded my expectations. It’s kind of business as usual but just in masks,” said Danz, who grew up in the northern U.S. city of Milwaukee.

As a child, Danz loved sport, playing volleyball and basketball, among others, before being diagnosed aged 12 with osteosarcoma, a bone cancer.

“I had this really traumatic event happen to me during those identity-forming years and I think it really delayed some of my development, emotionally,” she said, suggesting that might partly explain why she came out later than most LGBTQ+ people.

“I was kind of trying to figure out that piece of my identity, being someone with a disability. And for some reason that part felt easier to deal with than my sexuality,” she added.

Now back home as the Paralympics draw to a close, Danz has her sights set on the Paris Games in 2024, but also on a life outside competition as well.

“I feel like I’ve had a wealth of wisdom, and I certainly can’t keep that to myself,” she said.

“I don’t exactly know what that would look like, whether it’s through coaching or sports psychology, but I do know that I want to share the lessons that I’ve learned with other people.”

Reporting by Hugo Greenhalgh in London; Editing by Helen Popper