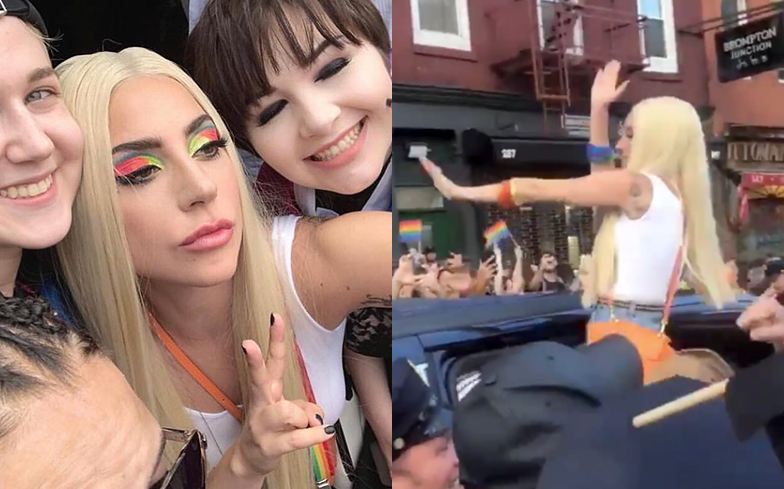 So while it may have been unannounced, it’s not entirely surprising that the pop culture icon made an appearance at New York City Pride over the weekend, much to the excitement of her adoring fans.

And of course she served a LOOK.

Wearing one of her signature platinum blonde wigs, Gaga showed off some fabulous rainbow eyeshadow and rocked a pair of jeans with tiny rainbow belts across the legs. We’re going to need our own pair, like, right now.

Alongside a video of her waving a flag with the words Born This Way printed on it in rainbow colours, she wrote: “I love the LGBTQ community more than I can say. So I’ll sing it instead. Forever. And that’s a NY promise. One love!”

I love the lgbtq 🏳️‍🌈 community more than I can say. So I’ll sing it instead. Forever. And that’s a NY promise. One love!❤️#equality pic.twitter.com/dTqo6LspLw

She later shared two short video clips of her in the Pride parade, where she leant out of her car’s window and danced for the revellers.

We don’t know about you, but we’re experiencing major #FOMO right now.