However we self-identify, we need to show understanding and advocate for trans kids 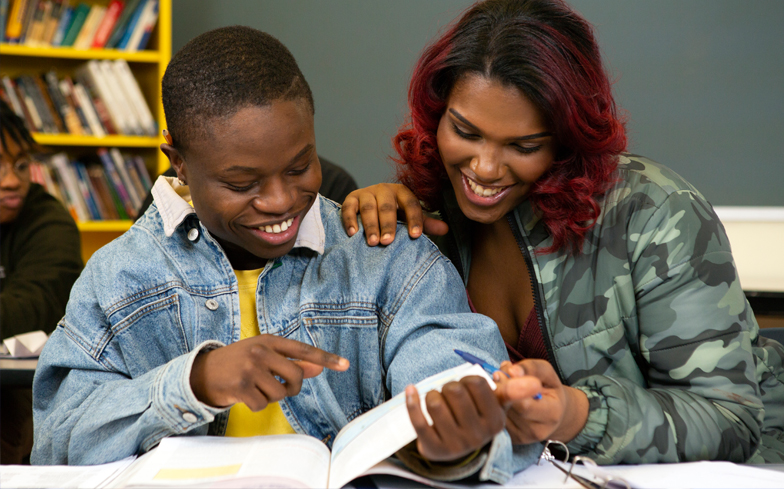 “This is just who Evie is, she’s my child, I love her and I’m so proud of her. I feel she was born trans, that it’s something that happens in the womb and no-one has any control over it. This isn’t something me or my husband can simply tell her to stop doing, as although she was born physically male, her gender identity is clearly female and that’s who she is.”

March 31 is Transgender Day of Visibility. The quote above is from Kelly, 40, who is mum to Adam, nine and Evie, seven, who transitioned to live as a girl in 2015.

Trans people face ignorance and inequalities. I visit schools to discuss “coming out”, as well as other LGBTQ issues. I have recently met a number of young trans people, mainly in their teens. Some of their teachers are very well informed and are sincerely trying to create inclusive environments for all their students.

One of the organisations at the forefront of campaigning for and supporting trans and/or gender diverse children, families and professionals is Mermaids. Mermaids estimate that 1 – 3 per cent of children identify as trans or non-binary. They work with children and young people up to 20 years old.

Mermaids was first set up in 1995 as a support group by parents, but has since evolved, seeking to raise awareness around gender nonconformity in children and young people. They have campaigned for the recognition of gender dysphoria, where gender identity does not conform to biological sex, in young people, lobbied for improvements to professional and healthcare services, as well as maintaining their initial function as a much needed networking service for young trans people and their families, such as Kelly and Evie. Kelly is a supportive parent, who is obviously keen to see her daughter Evie thrive, but from the language she uses it is apparent that this has not been an easy journey for them. Many trans pupils experience bullying. In their School Report 2017, Stonewall found that 64 per cent of trans pupils are bullied for being LGBTQ at school.

The work that Mermaids do is vital, the families they help stressing how important it is to speak to other people in similar situations. Mermaids reduce isolation and empower families, thereby combating the anxiety, depression and even suicidal tendencies that young trans people disproportionately face.

It was clear from an early age, as Kelly saw, that Evie’s gender identity was female. I gave a keynote speech at Prague Pride last year, where another of the speakers was the trans model and reality TV star Loiza Lamers. Twenty-four year old Loiza is well known in much of Europe, having won Holland’s Next Top Model and appearing on numerous magazine covers. I was intrigued by Loiza’s story, particularly as she realised that she was trans from an early age.

Loiza described her transition as similar to the timeline that a trans child in the UK might experience with, say, the Tavistock Clinic in London, which has a two year waiting list. Puberty blockers can be commenced with the onset of puberty. This is a suppressive treatment, but is 100 per cent reversible. From the age of around 16 cross-sex hormones become available. It is then at the age of 18 that any actual surgery takes place. Loiza described the excitement and joy she experienced when she completed her gender reassignment surgery.

Loiza speaks bluntly about the advantages of having received appropriate care from a young age. Having taken puberty blockers before becoming a teenager, she needed less surgery. Delaying her transition would have required longer and more complex procedures in later life. This is another compelling reason, alongside compelling psychological ones, why we need to give careful consideration to the needs of young trans people.

Growing up LGBTQ can be difficult and especially so for young trans people. Wherever we self-identify within the LGBTQ spectrum, we need to show understanding and advocate for trans kids. Evie has the right to be treated with respect and dignity, for “who she is”, in the same way as I do. On Transgender Day of Visibility I ask you to reflect on the often difficult journeys young trans people face and to express your solidarity in any way you can.

Related: Brotherhood: A conversation on what it means to be trans men of colour in the UK | Amplify by Gay Times