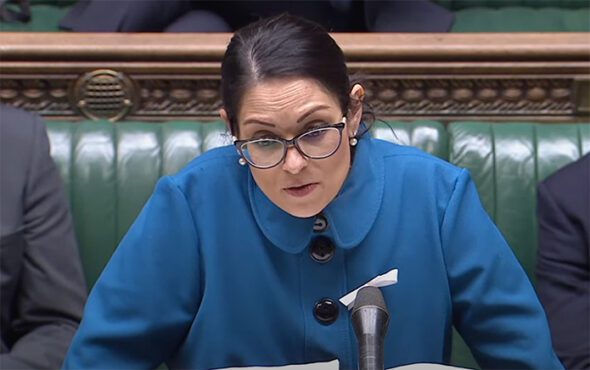 LGBTQ+ refugees relocated to Rwanda could face “discrimination and intolerance” there, the Home Office has admitted.

Male asylum seekers crossing the Channel on small boats will be sent to the country on a one-way flight by the British government under a trial scheme, Boris Johnson announced on 14 April.

They will then be able to claim asylum in the UK from Rwanda, which is more than 4,000 miles away, as part of a £120 million deal.

During a speech in Kent, the Prime Minister claimed that “vile people smugglers” need to be stopped turning the ocean into a “watery graveyard”.

He explained that there would be no cap on the scheme and that the country would be able to process tens of thousands of claims in the years to come.

Rwanda’s dire track record on human rights, especially in relation to LGBTQ+ people, has resulted in widespread condemnation of the plan from both charities and activists alike.

Speaking to GAY TIMES when the move was announced, Sonia Lenegan, Rainbow Migration’s Legal and Policy Director, said the decision is “hugely concerning” because of the implications it could have.

“We know that in Rwanda it is not easy for LGBTQI+ people to be open due to the discrimination and abuse they experience, and so it is extremely difficult to see how anyone in that situation will be able to be make an asylum claim based on the fact that they are LGBTQI+, while also having to hide who they are,” she explained.

“Any LGBTQI+ person who is not prepared to stay in that situation in Rwanda, and who does want to live openly and safely, is instead likely to be pushed into making further dangerous journeys.”

Sign the petition now to call on @pritipatel and @BorisJohnson to abandon this shameful policy before it’s too late and to instead create a compassionate, caring asylum system:

Rwandan law forbids the changing of someone’s legal gender and, although homosexuality is not technically illegal, LGBTQ+ people often face arrest under laws that exist to uphold “good morals” there.

A report published by the Home Office on 9 May acknowledges that there is a “lack of reporting of crimes” against LGBTQ+ people in the country, which is the result of “stigma and fear of harassment” resulting in “limited information on how police respond to and protect” the community.

It also adds that some LGBTQ+ people have even faced arrest because of “deviant behaviour” or being a “public nuisance”.

“LGBTIQ+ persons have also reported some societal discrimination and abuse, including discrimination in employment, eviction, ostracism from family and threats of violence,” the document also states.

Despite its conclusions, lesbian, gay and bisexual people will still be included in the government’s Rwanda scheme, with “further evidence” being collected “over the course of the partnership” between the two countries.

Transgender people will reportedly not be sent to Rwanda as part of the trial.

On 9 May, the Home Office confirmed that the first group of asylum seekers would this week be informed of their relocation to Rwanda.

“This is just the first stage of the process and we know it will take time as some will seek to frustrate the process and delay removals. I will not be deterred from acting to deliver on the changes the British people voted for to take back control of our money, laws and borders,” Home Secretary Priti Patel said.

🇬🇧🤝🇷🇼 This is what the new UK-Rwanda partnership is all about 👇🏽 pic.twitter.com/ejZnmGJzLm