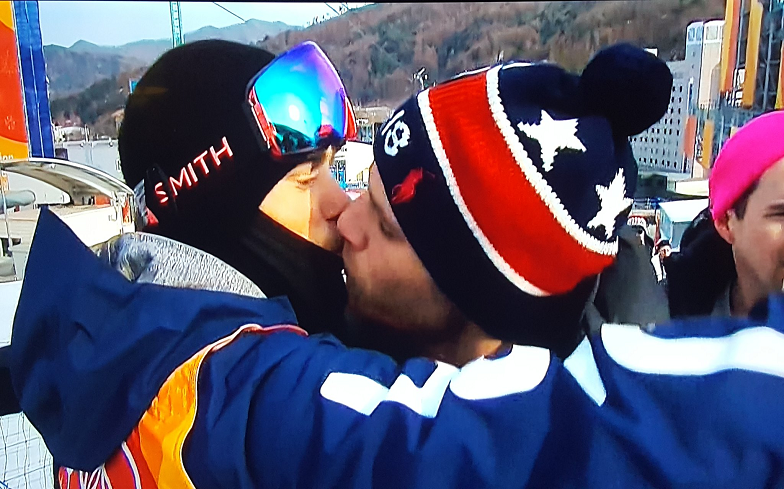 Gus Kenworthy may have missed out on winning a medal at this year’s Winter Olympics, but he made history in other ways.

The Team USA skier was caught on camera kissing his boyfriend, giving viewers a much-needed dose of LGBTQ representation at one of the world’s biggest sporting events.

While many celebrated the moment, there were others who took issue with a loving couple showing affection on television just because they are of the same sex.

“My entire life, in movies and commercials, in public… you see straight, heterosexual love, and that’s completely fine because it’s ‘normal’,” Gus said during his appearance on the Today show.

“Us also showing the same type of affection isn’t shoving it in your face. It’s just us existing.”

“He was mostly jealous,” he joked.

Previously speaking to the Guardian about the reaction to his kiss live on TV, he added: “I didn’t even know that that was a televised moment at all, but I think that’s amazing.

“And so to be able to do that, to give him a kiss, to have that affection broadcasted for the world is incredible.

“I think that the only way to really change perceptions, break down homophobia, break down barriers is through representation. That’s definitely not something I had as a kid.

Earlier this week, Gus epically shut down a homophobic troll on Twitter with just three words.

The competition – which is currently taking place in PyeongChang in South Korea – will finish on 25 February.