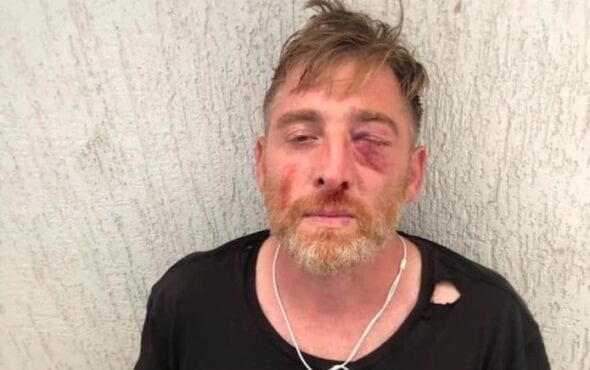 Cameraman Alexander Lashkarava was found dead on Sunday after being targeted by protesters last week at an anti-Pride protest in Tbilisi.⁠

The 37-year-old Georgian was one of over 50 journalists who were injured while covering the event for an independent TV station.⁠

On Monday (July 5) right-wing aggressors took over the streets in retaliation to a planned Pride march which was cancelled due to concerns over the safety of LGBTQ+ attendees.

Far-right assailants were seen burning the Pride flag and later escalated events by attacking the headquarters of a Pride organisation as well as activists and journalists.

TV Pirveli, Lashkarava’s employer, revealed the journalist was found dead in his room on Sunday morning, according to Reuters.

Prior to a police investigation, it has not been confirmed whether the journalist’s death was directly tied to the horrific assault.

“The brutal attacks against journalists in Tbilisi represent a major setback for press freedom in Georgia,” said Jeanne Cavelier, the head of RSF’s Eastern Europe and Central Asia desk.

“The intensity and coordination of the violence were unprecedented. Journalists must be able to freely cover any demonstration, and the police have a duty to protect them while they are doing their job.

“Disturbed by this dangerous precedent and by the passivity shown by the Georgian authorities, we remind them of their international obligations and we urge them to prosecute all those responsible for acts of violence against news professionals.”

On Sunday, Georgia’s Interior Ministry announced that a criminal investigation into the death of Lashkarava had been opened.

President of Georgia, Salome Zourabichvili, shared condolences with Lashkarava’s family and said the violent perpetrators “must be punished”.

“I visited the family of Lekso Lashkarava. What happened is a tragedy and I send my condolences to the entire media community and to all of Georgia. It must be investigated and those responsible must be punished,” Zourabichvili tweeted.

I visited the family of Lekso Lashkarava. What happened is a tragedy and I send my condolences to the entire media community and to all of Georgia.

It must be investigated and those responsible must be punished. pic.twitter.com/jbDYo5kVeZ

“The government not only encourages violence against journalists, it is part of the violence,” Nodar Meladze, TV Pirveli’s news editor, told AFP.

The tragic death of Lashkarava has led to a wave of protests in Georgia, according to Reuters. LGBTQ+ activists and community members have been calling for the resignation of Zourabichvili and the Prime Minister, Irakli Garibashvili.