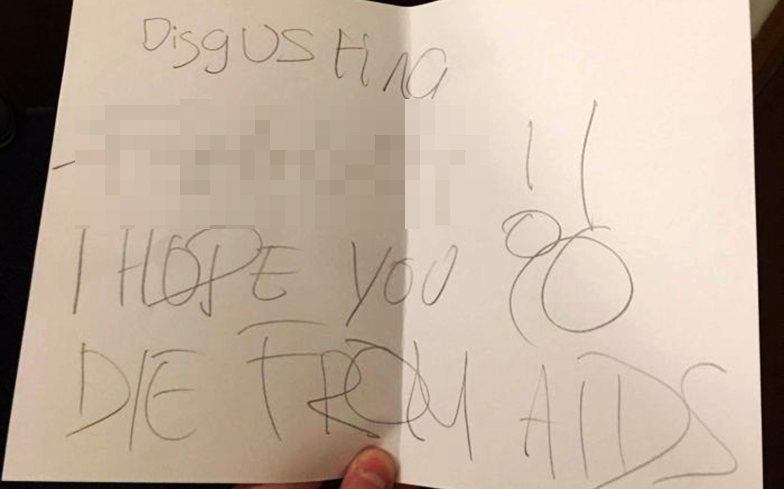 A student was forced to leave his college home after months of homophobic abuse.

The first-year Australian National University (ANU) student began receiving abuse shortly after moving into the college-owned dorm Ursula Hall, where the word ‘faggot’ was written across his door repeatedly.

After approaching the head of the hall, a letter was distributed to the residents explaining that the behaviour was inappropriate and if the person was caught they would be kicked out – but that didn’t help the situation.

“And then it kept happening,” the student told ABC News.

“I’d go to the bathroom and someone would swipe letters under my door saying ‘leave or I’ll fucking bash you’. [I was] fearful. Fearful of the fact that someone was treating me. I don’t know people’s actions.”

For several months, the student continued to receive threatening letters, and says the college didn’t do enough to protect him.

“The college’s response was the same: release a letter, have a little chat at dinner, nothing really fundamental,” he said.

“I don’t really care if someone’s calling me a fag – words are words – but when someone’s putting out threats to me and my safety, especially at college … make a more proactive initiative.”

Out of fear for his own safety, the student began living with his then-boyfriend, and eventually requested to be moved out of Ursula Hall in October.

“Coming here, I had an open mind. [I thought] it’s going to be a great experience,” he said. “It wasn’t what it lived up to … I’m paying to get attacked, and not live.” The ANU said they were ‘deeply saddened’ that the student had experienced such harassment in their halls.

“We offer an unreserved apology for any distress caused to the student as a result of the offensive behaviour of another student,” they said in a statement.

“It is unacceptable to us that a student has felt victimised and harassed in their own home environment.”

Despite their apology, the university’s provost Mike Carlford said he couldn’t promise that this kind of incident wouldn’t happen again.

“As we understand there hasn’t been any further incidents, but it would be very hard for me to give a blanket confidence there, as the perpetrator was not identified,” he said.

“This sort of event helps trigger our review of procedures and policies, as unfortunate as it is, and we do hope to get better in this area through doing that. We do take this very seriously.”