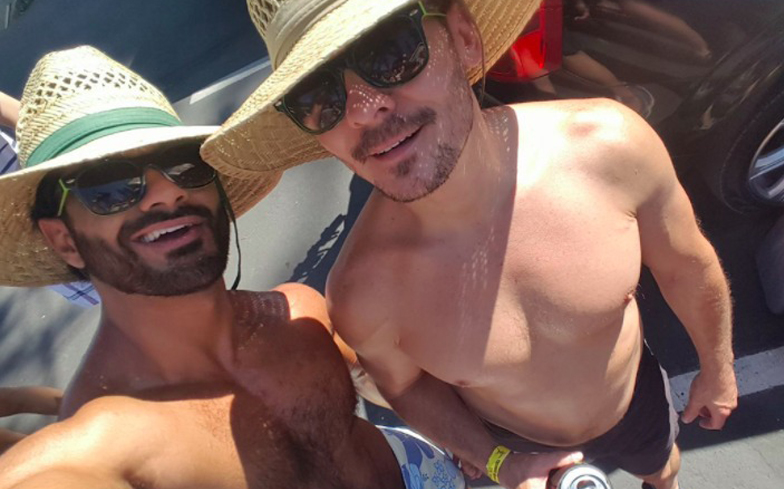 Ali Liam has been charged with first degree murder after his boyfriend was found stabbed to death.

He went over to the home and after knocking on the door with no response, unlocked it and went inside.

As he stepped in he noticed big blood drops on the floor and smears of blood on the wall, according to the Bay Area Reporter.

He then found the body of Harris, who police later confirmed died of stab wounds.

The victim’s boyfriend, 26-year-old adult actor Ali Liam, was nowhere to be found though.

Police later caught up with him days after the murder, and he is currently being held in San Fransisco General Hospital being treated from an unknown injury.

Ali’s brother Ammar Aliraqi – who lives in Baghdad – revealed that the family hasn’t been in touch with him for over three weeks.

He added that when they did speak to him, Ali was suicidal as he missed his mother.

“He kept talking about wanting to go home, but he couldn’t go home,” said Jennifer St James, an entertainment director who spoke to Ali last Saturday as he worked as a dancer. “He wanted to see his mom.”

Party promoter Gus Bean, who was friends with them both, added: “They seemed like a perfectly happy couple.

“Keith’s an absolute sweetheart, the sweetest guy ever. Ali seemed like a really sweet guy.”