Gay couple sent pamphlets about Satan instead of wedding programs 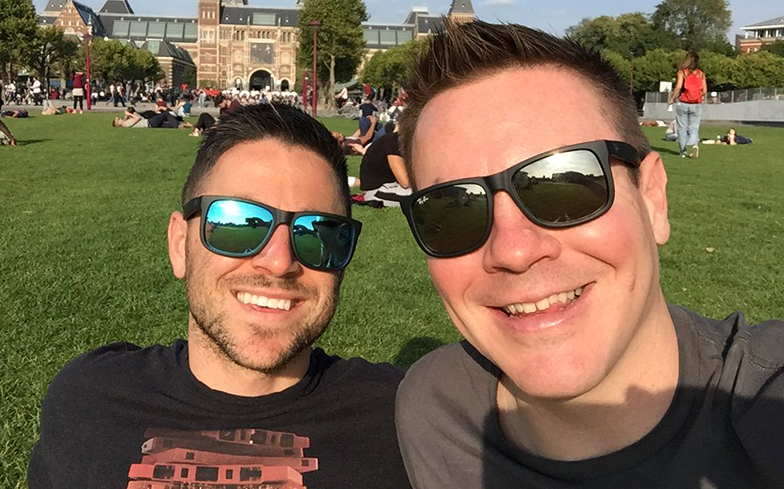 A same-sex couple say they were sent offensive pamphlets instead of wedding programs.

On the eve of their big day, Stephen Heasley and Andrew Borg excitedly opened a package from Vistaprint that they thought would contain wedding programs – but, they claim, they instead found pamphlets about Satan.

“Rather than send Plaintiffs the custom wedding programs they had purchased, Vistaprint instead sent Plaintiffs literature with hateful, discriminatory and anti-gay messages equating their relationship to Satan’s temptation,” a federal lawsuit agains the printing company states.

Instead of the 100 wedding pamphlets they ordered, the couple say they received 80 pamphlets titled Understanding Temptation, which read: “The supreme tempter is Satan, who uses our weaknesses to lead us into sin.”

While the pamphlets don’t directly address homosexuality, the couple, who married in September, argue that they were “clearly sent to intimidate, threaten and harass” them because of their sexuality.

Being gay has historically been equated to sin by bigots. According to The Washington Post, the couple seeks a judgement declaring the company’s conduct was unlawful, as well as an unspecific amount for the “economic damages, mental anguish and emotional distress” they faced as a result.

“Our goal is to hold Vistaprint accountable for the harm they have caused, to give a voice to others who may have been similarly victimised, to help prevent this from happening to someone else and to send a message that there will be consequences for acts of hate perpetrated against others,” the couple said in a statement.

Vistaprint say they have launched an investigation into what happened, and claim that the pamphlets printed for one customer were “incorrectly sent” to the couple by a third party fulfiller.

“To know that any customer could feel treated in such a way, especially during a time that should be filled with joy, is extremely disheartening,” they said in a statement, clarifying their stance against discrimination.

“Vistaprint in no way condones – and does not tolerate – discrimination against any of our customers based on their race, religion, gender or sexual orientation.

“We have encouraged members of the LGBTQ community to use our services to help celebrate their life events for many years, and have published thousands of wedding invitations, programs and other content for same sex couples.”