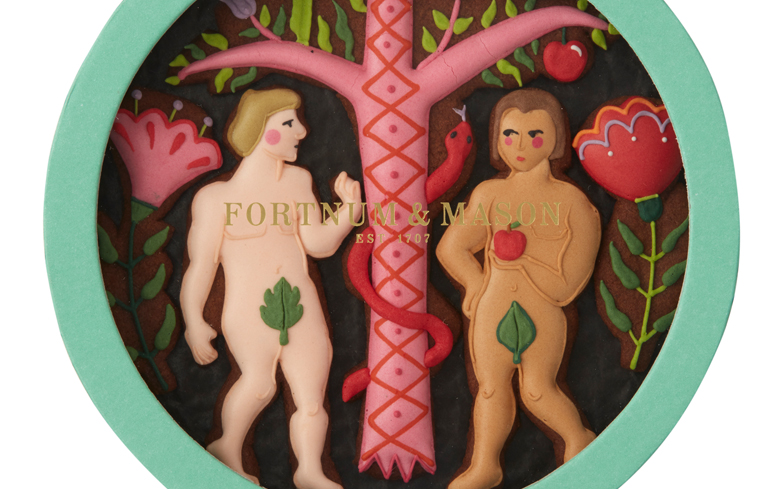 Who fancies a cuppa?

With Valentine’s Day less than a month away, Fortnum & Mason have unveiled a range of gifts for that special person in your life – including biscuits that are inclusive on a biblical scale.

Along with their Adam and Eve Valentine’s biscuits, the luxury department store is offering up Adam and Steve and Eve and Niamh (pronounced Neve) variations too.

All of the biblical biscuit scenes come complete with necessary fig leaves to cover their modesty, the apple tree, and the snake.

The designs fly in the face of anti-LGBTQ Christians, who often cite the phrase “it’s Adam and Eve, not Adam and Steve.” If that wasn’t good enough, the biscuits are gingerbread too.

The cute tins are priced at £15 and can be purchased in store or online here.

Of course, there’s also a collection of luxurious hampers, bottles of champagne, heart-shaped boxes of chocolates, and even a Prince Charming chocolate frog as part of Fortnum & Mason’s Valentine’s Day range.

Meanwhile, back in November the Church of England took a stand against LGBTQ bullying in schools as part of their updated guidelines.

Tilted Valuing All God’s Children, the guide was handed out to 4,700 of their schools across the country during anti-bullying week.

It is an updated version of their 2014 release to also include guidance on biphobic and transphobic forms of bullying, along with homophobia.