Find Your Inspiration: Podcast host Lee Gray on breaking from his hectic schedule to get creative 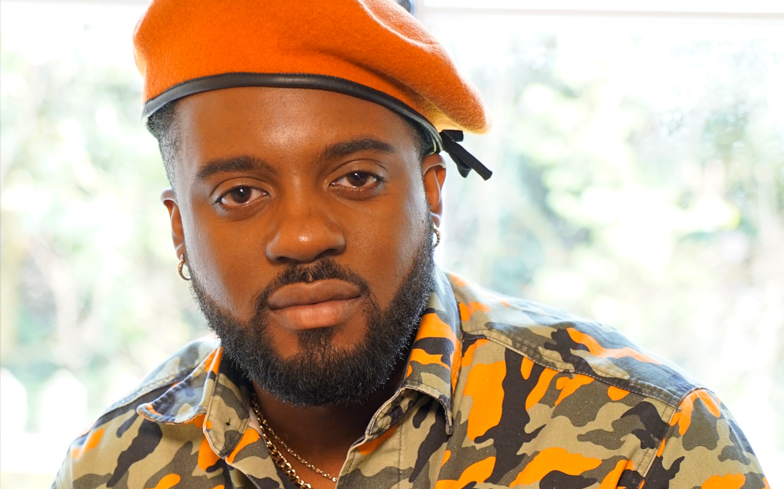 Anyone who lives in a big city knows how the fast pace and busy lifestyle can quickly take its toll. It means taking the time to escape for a long weekend of rest in the countryside is essential.

That’s particularly true for creatives, who can use the more peaceful surroundings as a means to truly focus their minds. There’s a reason that iconic bands such as Queen were shipped off by record execs to the British countryside to work on new music, giving them time and space to cultivate fresh ideas and ultimately create groundbreaking material.

In partnership with Cottages.com, GAY TIMES gave three different creatives the opportunity to retreat to a holiday home in the UK to reflect on ideas and plan their next creative projects.

Lee Gray has had an incredibly busy year launching the first series of his podcast, which has had such an overwhelmingly positive response.

“Wolves in the City is a podcast about three black queer men who come together to basically talk about their experiences in London,” he tells us, escaping London with his friends JayJay Revlon and Karnage Kills. “We talk about everything from dates that we’ve been on and things that we’ve read in the news, to racism and prejudice. All kinds of different things. What you find in the podcast is that because we’re all very different, we have different points of view.”

Following the success of the first series, Lee is now exploring themes and conversations to tackle in future episodes. “The key to creating an engaging podcast is to be authentic and be yourself,” he says. “When people feel like you’re creating a project that is something that you’re really interested in, it isn’t hard to find an audience that will engage with it as well. My mantra is: if it’s not out there, make it yourself.”

Removing himself from the hectic schedule of his everyday life means he can really hone in on what it is he wants to say and explore when the series returns. “More than anything, time away from London gives me the time to get my mind right,” he says. “I really found that when I’m going about my 9 to 5, Monday to Friday schedule, I really don’t get the chance to be creative. So the space away from London really gives me the opportunity to really come up with ideas and be creative.”

Lee is acutely aware of the importance of Wolves In The City, and what is means to a marginalised community who have never seen themselves represented in this way before. “We have so many people who have told us that having the three of us talk about certain situations, and being a representation for them and having been a real impactful thing in their lives,” he explains. “That is the driving force for why we are making a second series. When you know you are affecting people, it’s a no-brainer.”

The second series of Wolves In The City is available to stream now.

Find your inspiration at cottages.com