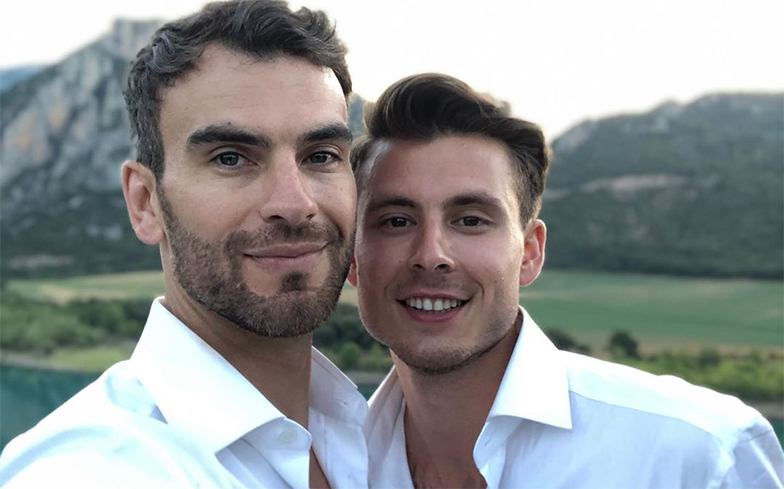 The two figure skaters had been engaged for two years before they married in a beautiful ceremony in northern Spain, the country where Luis was born. Same-sex marriage has been legal in Spain since 2005.

Eric became the first openly gay male athlete to win a gold medal at the Winter Olympics when he competed in the 2018 sporting event in Pyeongchang, South Korea alongside partner Meagan Duhamel. He retired shortly after.

Luis is a former national champion in his home country Spain with partner Celia Robledo.

“Words can never explain just how incredible the last few days have been,” wrote Eric on Instagram. “An amount of love I could’ve never imagined and a wedding day I could’ve never dreamed.”

According to OutSports, there were several figure skating names in attendance. Eric’s best men included Olympic athletes Dylan Moscovitch and Patrick Chan, while his skating partner Meagan was also there.

“I’ve learned that the best things in life have a level of simplicity to them,” Eric wrote on Instagram back when he proposed in 2017. “I see it in art, I hear it in music and I feel it with this man. Loving him is simple and beautiful.”

See more photos from the wedding in an Instagram gallery below.