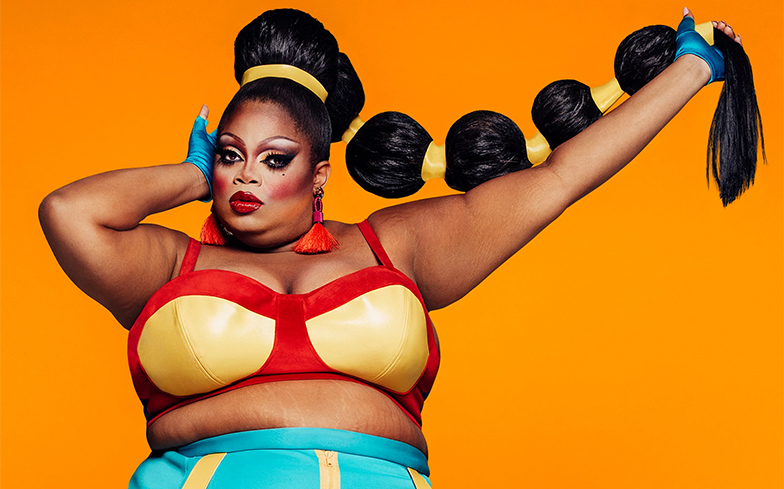 The RuPaul’s Drag Race season 11 star was taking part in an interview at Roscoe’s viewing party when she made a ‘joke’ about the show’s first ever Muslim drag queen, Mercedes Iman Diamond.

“Behind the scenes, making the promo shoot, I said this is going to be the shadiest season, the fakest season,” she told the crowd. “Then Mercedes walked up and I said, ‘This season’s going to blow up’!”

“…then Mercedes walked up and I said, ‘This season’s gonna blow up!’” -Silky

What followed was an awkward silence from the crowd, fellow Drag Race contestant Soju commenting, “Wait until the reunion, girl”, and a look of shock from host T Rex.

Fans of the show took to social media to share their disappointment with Silky for making the offensive comment, with many asking why she felt it was okay to make the ‘joke’.

“Like I needed ANOTHER reason to be over Silky,” wrote one viewer.

“We know she’s loud but THIS is not even funny,” added another fan. “There are enough [people] out there who think like this and it’s wrong towards Mercedes and other Muslims! It’s sad… she should know better.”

We know she’s loud but THIS is not even funny!!! And there are enough ppl out there who think like this and it’s wrong towards Mercedes and other Muslims! It’s sad…she should know better

Mercedes Iman Diamond is the first Muslim queen to ever compete in Drag Race her-story and Silky really tried this Islamophobic joke…jfc. https://t.co/S1hn5Gw8nq

Like I needed ANOTHER reason to be over Silky pic.twitter.com/JeWGMNHsak

Can’t wait for the rest of the season pic.twitter.com/tqLBXHt3bj

that was a not funny joke.

Silky has yet to respond to the backlash.