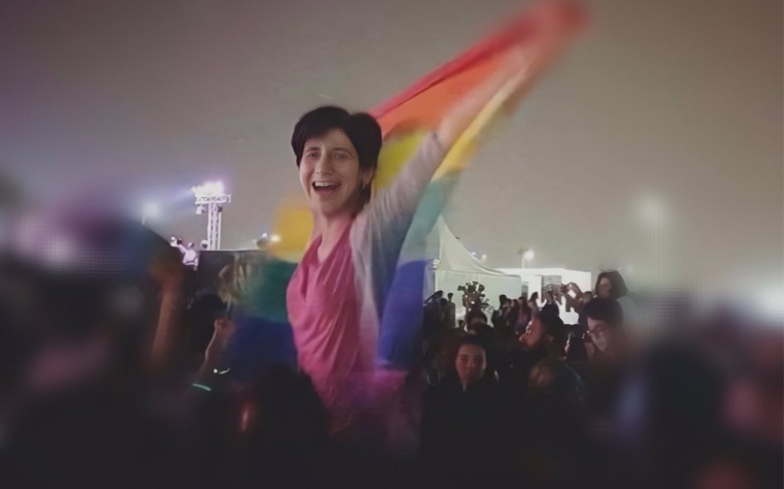 The LGBTQ+ community is mourning the loss of Egyptian activist Sarah Hegazi, who passed away over the weekend.

The 30-year-old LGBTQ+ campaigner died in Canada where she has been living since 2018.

Press reports and activists on social media have posted that she committed suicide after suffering from depression.

Sarah made headlines in October 2017 when she was arrested by Egyptian authorities for waving a Pride flag at a music concert.

She was sat on the shoulders of a friend when pictured waving the rainbow-coloured symbol for the LGBTQ+ community while watching Lebanese indie-rock band Mashrou’ Leila, that includes queer members.

Sarah was forced into prison for the harmless act and wasn’t released on bail until January 2018. She then moved to Canada.

Egyptian prosecution accused her of joining a banned group in the country which they describe as promoting “deviant thought”.

Although homosexuality isn’t illegal in Egypt, there are laws that prohibit “deviant thought, promotion of immorality, and acts contrary to public morals.”

LGBTQ+ people in Egypt are seen by the authorities and society as “pariahs” and the local queer community faces grave challenges living openly.

Many social activists have paid their respects to Sarah Hegazi after finding out about her tragic passing.