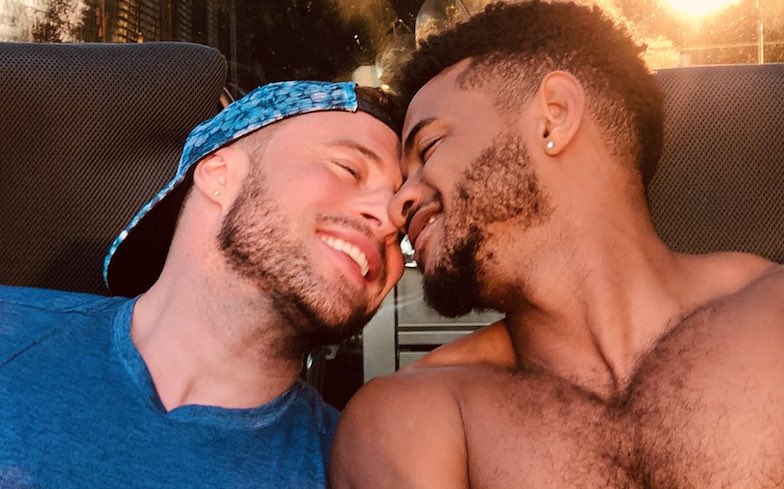 “I’m happy in my skin and this guy next to me makes me proud to be gay.”

Duncan James is “finally” comfortable with identifying as a gay man.

The former Blue star uploaded a photo on his Instagram page with his new boyfriend alongside the caption: “Cute pic alert! Such a beautiful person inside and out. Thank you @rodrigolopesreis for making me smile.”

He followed it up with a Twitter post where he told fans that he was overwhelmed with the “amazing response” of his Instagram photo, adding: “I didn’t identify as a gay man for many years because of my own issues with coming out, but finally I’m happy in my skin and this guy next to me makes me proud to be gay.”

I posted this pic on my Insta yesterday & couldn’t get over the amazing response, comments and love from people. I didn’t identify as a gay man for many years because of my own issues with coming out, but finally im happy in my skin & this guy next 2 me makes me proud 2 be gay.❤️ pic.twitter.com/pXOQjBknFe

Duncan originally came out as bisexual back in 2009 during an interview with News of the World. Five years later, he officially came out as a gay man but specified that he still has sex with women.

From 2016-2018, Duncan played Ryan Knight on Hollyoaks. After his character locked lips with Adam Rickitt’s character, the star opened up about his coming out journey on Loose Women.

“After years of carrying this secret inside me, I wanted to be who I am. I wanted acceptance. I carried this burden on my shoulders for so many years,” he admitted. “I was worried about what the fans would think, I was worried about family and friends, and I was living a lie really. It was the best thing I ever did.”