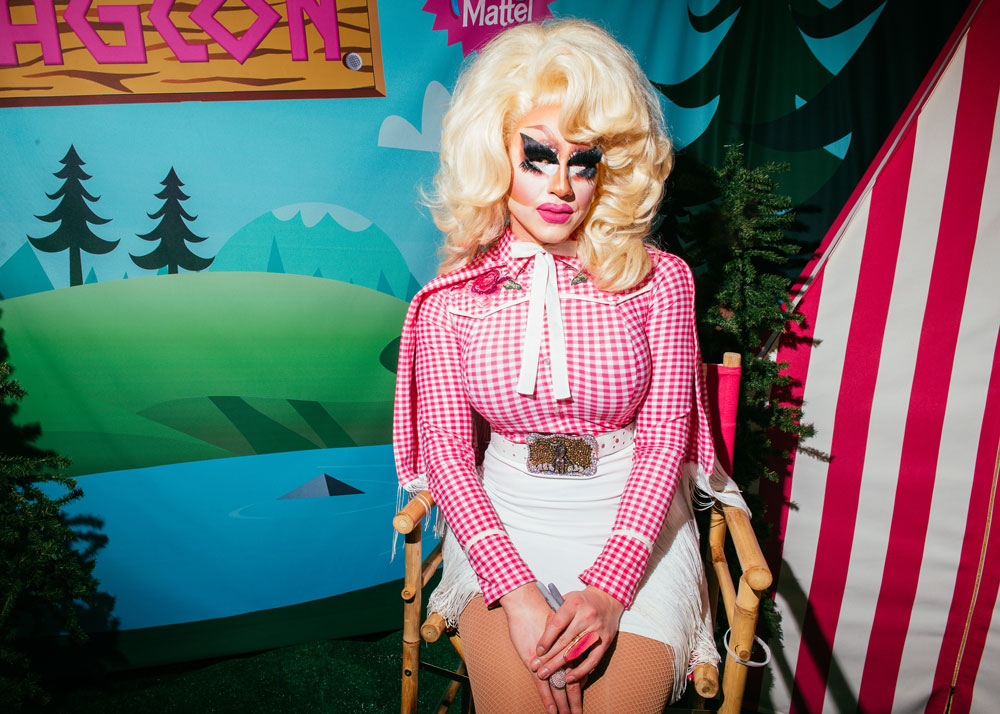 Trixie Mattel has faced backlash after a racist joke she made resurfaced online.

While the RuPaul’s Drag Race All Stars winner has made a career on the back of her shocking and often offensive humour, many fans have been left disappointed with a ‘joke’ about slavery she made earlier this year.

The comment in question came at the Hater’s Roast, a tour which features a variety of queens from Drag Race throwing shade at each other. The show regularly features dark humour, but many think Trixie went to far with one joke in particular.

“I couldn’t decide what to wear so I wore this,” she said. “It’s just like a cotton. Latrice picked it.”

The joke, which makes reference to Latrice Royale’s race and the history of slavery, received a mixed reaction from the audience, with some laughing and others groaning and booing.

In response to the poor reaction, Trixie added: “Oh, is that too far, Denver? What, did you forget to invite your black friends tonight?”]

A number of fans and public figures have spoken out against Trixie’s joke, including trans activist and model Munroe Bergdorf, who called the comment “plain old racist” and suggested it gives legitimacy to racist Drag Race fans.

“Dear Trixie Mattel… You do not get to make racism funny. This may have been a joke but calling any black person a slave for laughs is really fucking stupid, insensitive and plain old racist,” she said.

“It also shows the extent to which you lack understanding of how pop culture can set a bar for what people think is publicly acceptable behaviour. Drag Race fandom is already hella racist and problematic when it comes to treatment of the show’s black queens.

“So instead of trying to turn black history and trauma into a joke for your own gain… How about you use your platform to resist that mentality, rather than perpetuate it? Be the solution, not the problem. This is racism thinly disguised as comedy.”

Despite the backlash, Trixie has decided to stand by her comments, tweeting this week: “If you think drag queens apologise for jokes at a roast, you watch too much TV.”

If you think drag queens apologize for jokes at a roast, you watch too much TV.