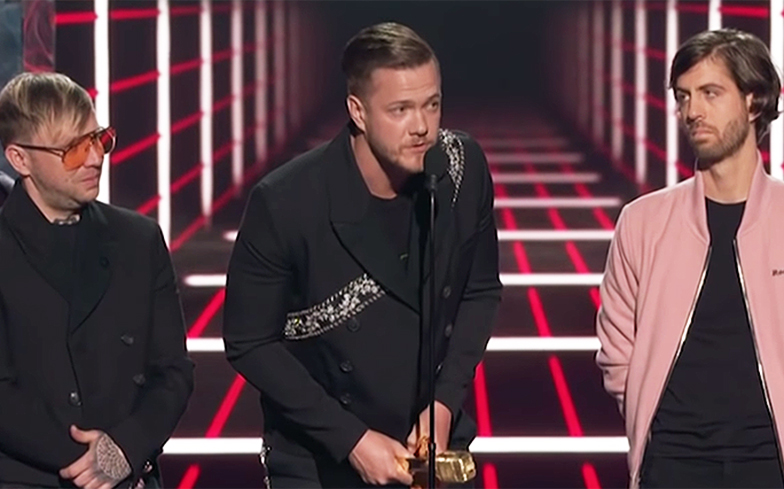 Dan Reynolds continues to prove his status as an LGBTQ ally.

The American singer-songwriter, who graced the cover of GAY TIMES in January year, and his band Imagine Dragons were the winners of the Top Rock Artist award at the 2019 Billboard Music Awards this week.

Dan used the opportunity to highlight a cause close to his heart, dedicating his speech to LGBTQ youth who have been – or are at risk of being – put through the harmful practice of gay conversion ‘therapy’.

“I just wanna take this moment to say there are still 34 states that have no laws banning conversion therapy, and on top of that 58% of our LGBTQ population live in those states,” he said.

“This can change, but its gonna take all of us talking to our state legislators [and] pushing forward laws to protect our LGBTQ youth.”

When he appeared on the cover of GAY TIMES earlier this year, Imagine Dragons frontman Dan spoke about the reasons why he, a straight white male who grew up in a devout Mormon family, has become such a huge ally.

“I was raised in Mormonism, where you are taught that being gay is a sin, so as a 12 year old I was faced with that conflict of, ‘Well, I have a friend who’s gay and is maybe the best person I know, this doesn’t make sense’.

“That was the first time I questioned ‘God’s will’ and didn’t feel like God was aligning with what my heart was telling me, which was that my friend’s love was just as valid as mine.”

He also explained why it’s so important that more straight white males speak out in support of LGBTQ people.

You can read our full interview with Dan Reynolds here.