Coming up and coming out: the key to success 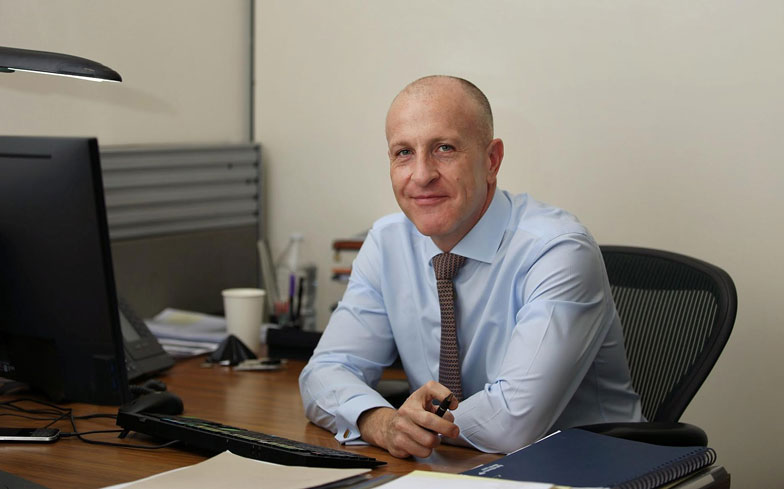 Back in the early 90s, when I began my career, I don’t recall any gay role models in The City.

It’s easy to forget how different things were back then. This was long before Welsh rugby star Gareth Thomas was promoting Guinness on the TV, Sir Ian McKellen was starring in The Lord of the Rings, and politicians like Ruth Davidson were flying the rainbow flag in elected office. Looking back, I can’t believe I spent so much time and energy hiding my sexual identity in the workplace. And yet, despite the massive leaps and bounds the UK has made, there still remain a number of hurdles that need to be overcome.

I recently hired a young analyst who was unsure about coming out to his colleagues. It got to the point where he was thinking of leaving the bank, rather than living what he saw as a double life. Having spent the first few decades of my own career in the closet, I’m saddened to see that many young people today still feel they can’t be their true selves at work.

Recognising the importance of retaining good talent, and determined to help enable the next LGBTQ generation to feel proud of who they are, I took this employee under my wing, and became his mentor. This experience reinforced my belief in the necessity of mentorships for young LGBTQ people.

Everyone can benefit from a role model with whom they can identify, and being LGBTQ myself, I really hope that I too can help young professionals explore how to integrate their personal identity into their professional lives.

Related: Has ‘manxiety’ become our most frightening enemy?

It’s so important to bring your whole self to work – both for you personally and for your team or company. This is something which admittedly, took me a long time to recognise. I know now that before I came out at work, I was a totally different person; I was headstrong and taciturn, and avoided any conversation about my private life – which meant that my team probably saw me as a rather grumpy individual! But once I came out, I became more outspoken and persuasive – I was able to be a more authentic version of myself and I was more engaged with my job – and as a result, a far nicer person to be around.

I’ve also been overwhelmed by the support that my husband and I have had from the bank. From joint benefits through to inclusion in client and social events, my being gay has honestly made no difference to the way in which I’m treated. If anything, it’s opened doors to more networking opportunities to the benefit of both my personal and professional life.

Not feeling open about your sexuality leaves many LGBTQ people unhappy and disconnected. It affects relationships with colleagues and clients and leaves you feeling isolated – which often leads to a loss of productivity. Once you’ve got the coming out monkey off your back you are able to fully concentrate on work matters, without using up the brain space by trying to remember what you’re ‘meant’ to be hiding. The feeling of freedom cannot be over-emphasised, never mind the increased level of productivity.

Still, coming out at work is daunting for many. That’s why I am an advocate, not only for supporting the next generation of LGBTQ talent through mentoring and inclusive policies, but in working with people in senior positions to help set a tone in the workplace that says it’s okay to be yourself.

Bank of America Merrill Lynch understands the significance of openness and inclusivity at all stages of one’s career. For example, when we’re visiting schools and universities and speaking to young people about their careers, we make it clear that LGBTQ students don’t need to go ‘back into the closet’ when they’re offered a job at a firm such as ours.

It’s a matter of paramount importance that all our employees feel included, valued and that they have every opportunity to thrive in their careers. People are our most important resource – that’s why we enable everyone, irrespective of their sexuality, to reach their full potential.