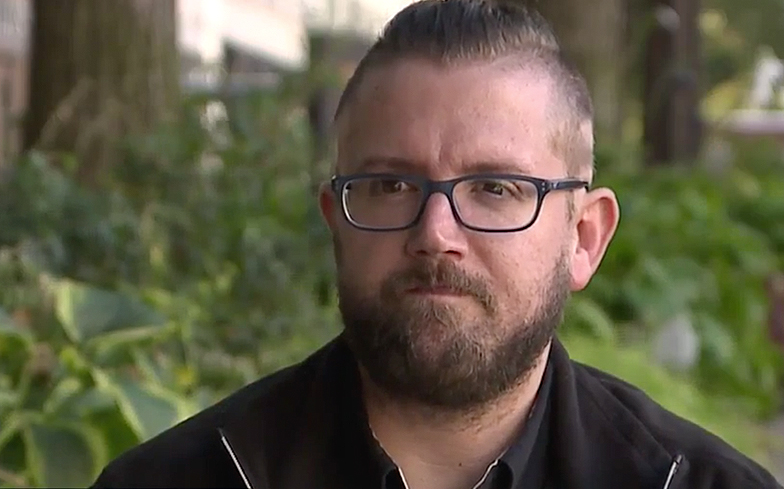 Keith Kozak has claimed that his position with the Catholic church was “terminated” last month after showing support for a friend’s same-sex marriage on social media.

The Catholic minister – who lives in Cleveland, Ohio – explained that he ‘liked’ a photo posted by a friend of his who was celebrating his five-year anniversary with his husband.

Prior to that, he had also shared pictures of himself attending a same-sex wedding of other friends just a year earlier.

Kozak – who identifies as gay, but had never told his employers – admitted that when he was first called into a meeting with the Catholic Diocese of Cleveland, he thought it was to discuss a promotion.

However, when he went in they started to question him over his interaction with social media posts in celebration of same-sex marriage.

“They [his supervisor and someone from HR] sat me down and they said we had seen some things on Facebook and Twitter and that would like to talk to you about that,” he told News 5 Cleveland.

“It was a quick meeting. The very next day, I received a letter that said I was terminated.”

He added: “I still have a strong faith, still believe in God’ in spite of the firing.”

Kozak worked as an outreach minister for the Catholic Diocese of Cleveland, and said that he didn’t think it was “important” to let them know about his sexuality.

“I never posted anything, that in my opinion, would’ve been controversial in any way,” he said.

“I didn’t feel comfortable [telling them], but I also thought it wasn’t important at the time.”

News 5 Cleveland reached out to the Ohio Civil Rights Commission to see if the church had acted in a discriminatory manner within the eyes of the law.

They responded by saying that the church may well be within their rights to dismiss Kozak in this instance, citing “ministerial exception”.

The Catholic Diocese of Cleveland also released a statement saying that they do not publicly comment on the specific reasons when it comes to dismissals, but asserted that Kozak’s termination was appropriate.