In an incredible step forward for LGBTQ+ rights, a civil registry in Bolivia has authorised its first same-sex couple civil union.

The decision comes after a two-year legal battle between couple David Aruquipa and Guido Montaño and the Bolivia authorities.

“It is an initial step, but what inspires us is (the goal) of transforming the law,” Aruquipa told Reuters.

In the now-settled case, the two argued that the refusal of their civil partnership denied international human rights standards and fell under discrimination under Bolivian law.

Aruquipa and Montaño have received plenty of support after the monumental win was announced.

The executive director of Human Rights Watch, Americas Division, José Miguel Vivanco took to Twitter, stating: “Gay and lesbian couples are an integral part of Bolivia’s social fabric and deserve to be recognized by the state.”

He continued: “All civil registries in Bolivia should stop treating them like second-class citizens and start recognising their unions” 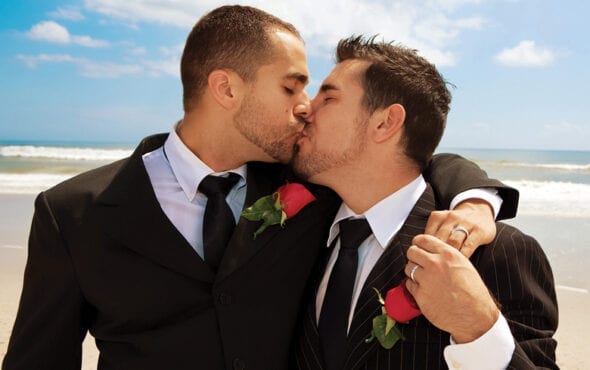 Bolivian court strikes down ruling against a same-sex union

The legal advocacy group that represented the couple also sent their congratulatory message via Twitter.

“We congratulate David Aruquipa and Guido Montaño, the first same-sex couple whose free union has been officially recognized by the competent authority of the Bolivian State. It has been an honor to represent them #LoveisLove,” the group said.

LGBTQ+ rights have made massive strides in Latin America in recent years.

Earlier this year the Brazilian Supreme Court ruled in favour of allowing gay and bisexual, and other men who have sex with men, to donate blood.

Gay and lesbian couples are an integral part of Bolivia’s social fabric and deserve to be recognized by the state.

All civil registries in Bolivia should stop treating them like second-class citizens and start recognising their unions. @HRW https://t.co/Scu328Ae0y