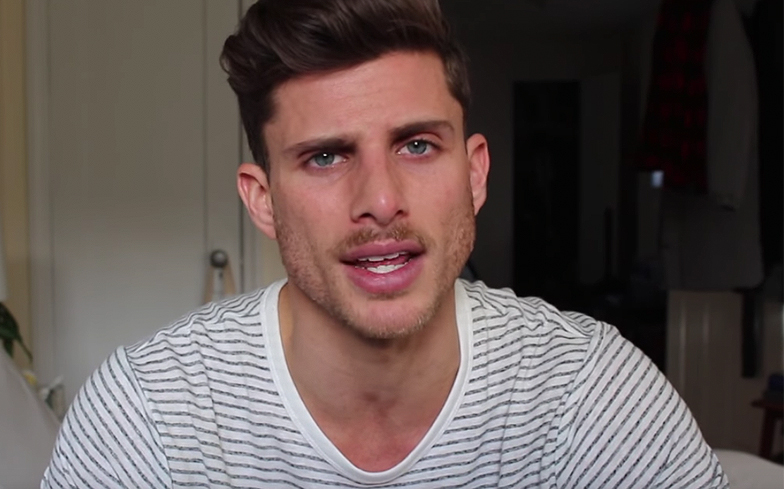 If you took their Instagram feeds at face value, you’d be forgiven for thinking that some of the world’s most popular male models are living every man’s ultimate fantasy.

Adored by millions of followers across the globe, travelling first class to exotic locations on a regular basis, and getting sent freebie after freebie from fashion’s top designers.

While the perks are certainly enjoyed by most male models, there’s a dark side to the industry that is being exposed bit-by-bit as part of the #MeToo movement.

Model Barrett Pall has argued that for an industry you’d assume would be very inclusive when it comes to LGBTQ people, it’s actually harder for gay male models to get cast.

“Being gay in an industry that is run by mostly gay men, you would think that being gay isn’t a problem,” Barrett wrote under his latest YouTube video.

“I learned the hard way that being gay actually makes working as a model much harder.”

In the video he goes on to explain: “It just works against you. A lot of people who are in positions of power to make these big decisions about who gets cast and gets to do these amazing jobs are still afraid of Middle America’s opinions and largely their spending power.”

But aside from corporations still wrongly worrying that LGBTQ models can’t sell products, Barrett also added his thoughts on recent allegations that male models are being sexually assaulted by top-end photographers who promise to help kick-start their careers.

“I have to give huge credit to these guys who stepped forward and shared their stories,” he said. “When you are going into this industry, there was and there still is this underlying agreement that you will kind of do what you have to to book campaigns and work with certain photographers that will launch your career.

“It’s a really fucked-up system. I’ve met these amazingly beautiful people, on the inside and the out, who have no confidence because these people who are in positions of power have figured out a way to make you feel how they used to feel. It’s almost a sick revenge that they get, and it’s a game.”

World-renowned fashion photographers Mario Testino and Bruce Weber were recently accused of alleged sexual misconduct by male models and former assistants they have worked with.

The artists have worked for some of the biggest fashion houses on their campaigns, including Calvin Klein, Burberry and Dolce & Gabbana, as well as leading publications such as Vogue.

In the case of Mario Testino, 13 male models and assistants have accused the photographer of sexual advances dating back to the mid-1990s.