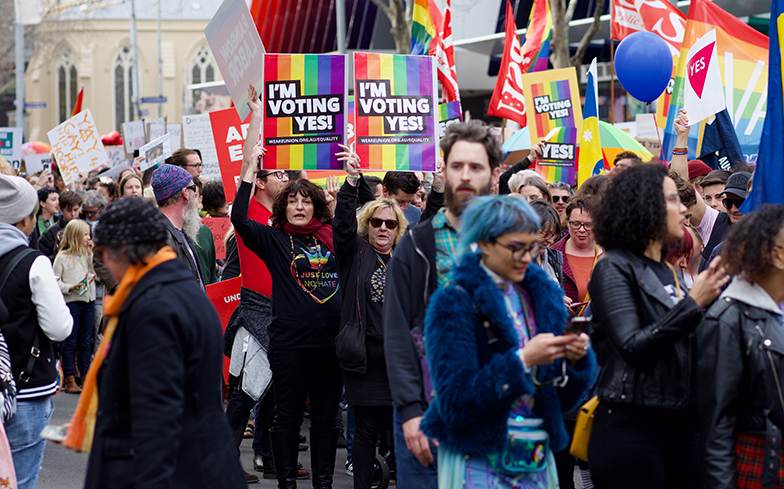 Same-sex couples across the country will be able to marry after a historic bill was passed in the House of Representatives, with an overwhelming majority of MPs voting in favour of changing the Marriage Act.

“What a day for love, for equality, for respect,” said Prime Minister Malcolm Turnbull. “Australia has done it.”

Australia now becomes the 25th country in the world to recognise same-sex marriage.

The vote in parliament came following a voluntary, non-binding postal survey on the issue of marriage equality, which saw 61.6% of Australians vote in favour.

More than 100 MPs had spoken on the legislation in the House of Representatives, including Tim Wilson who who made a historic proposal to his partner Ryan, who was sitting in the public gallery.

The first same-sex weddings under the new law are expected to be held early next year, while couples who have already tied the knot overseas will automatically have their marriages recognised in Australia.

All that’s left is for the marriage equality bill to be given Royal Assent, which happens when the Governor-General signs it.

“This is a historic and long-overdue moment for Australia. This outcome is due to the hard work, determination and courage of so many people,” said Lizzi Price, from Amnesty International Australia.

“LGBTQI Australians, community groups, activists and allies stood up, spoke out and built an unstoppable movement for equality. For that alone, there is such a lot to celebrate here.”