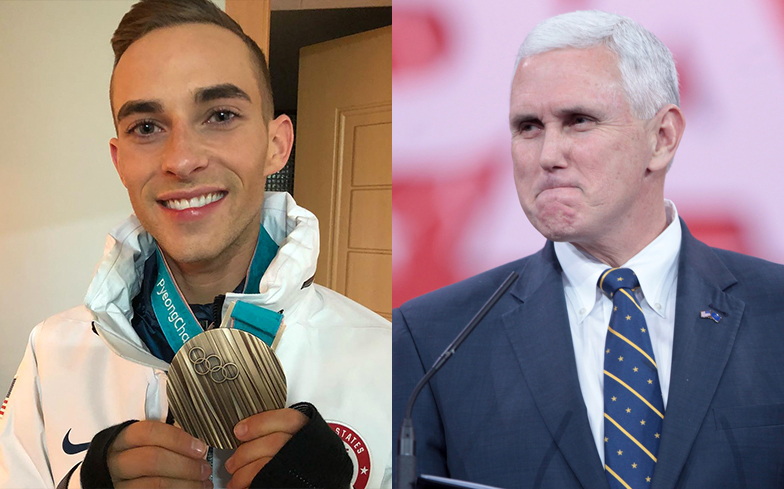 During an interview ahead of the Winter Olympics, the figure skater said he would refuse a meeting with Pence, telling USA Today: “You mean Mike Pence, the same Mike Pence that funded gay conversion therapy? I’m not buying it.

“If it were before my event, I would absolutely not go out of my way to meet somebody who I felt has gone out of their way to not only show that they aren’t a friend of a gay person but that they think that they’re sick.”

Considering his terrible track record when it comes to LGBTQ rights, it’s more than understandable that some of the openly gay athletes competing at the Winter Olympics were less than impressed by Pence’s role as leader of the US delegation.

But now the event is over, it seems that Rippon has had a change of heart.

“I was offered a phone call with the Vice President that I decided not to take before the Games,” he explained during an interview on The Today Show. “I didn’t take the phone call because I needed to focus on the competition.”

When asked if he would speak with him now, Rippon confirmed he “totally” would.

“Mike Pence doesn’t stand for anything that I was taught when I grew up. And I think that it’s important, if you’re given the platform, to speak up for those who don’t have a voice,” he added.

“Mike Pence doesn’t stand for anything that I was taught when I grew up, and I think that it’s important if you’re given the platform to speak up for those who don’t have a voice.” @Adaripp tells @craigmelvin pic.twitter.com/w3No1ksMq4