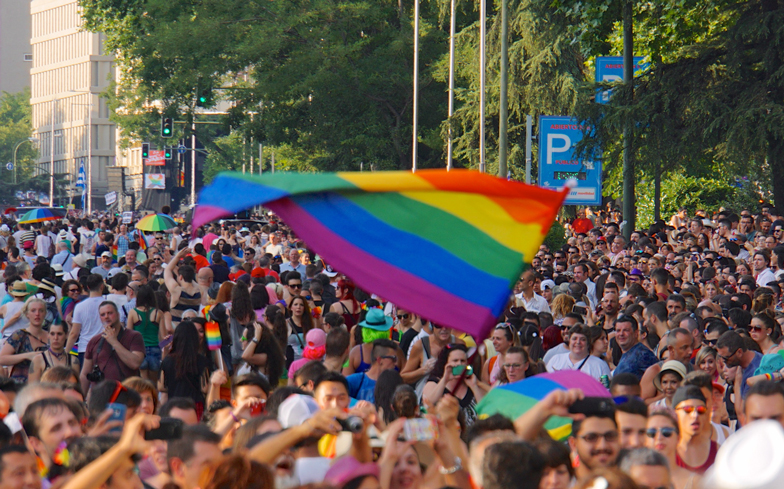 Pride. The creation of identity, and being proud of your authentic self.

June is Pride Month. Around the world, LGBTQ people will be marching in parades and hosting parties to celebrate how far society and the law has come in accepting sexual and gender difference. Others will be bravely standing up for the rights that are not afforded to them in the vast majority of countries that either still criminalise homosexuality, or else have other legal and cultural restrictions placed on the LGBTQ community. The parade is the visible centre of Pride, and as such provokes strong opinions on the rights and wrongs of corporate sponsorship, the diversity of groups represented, and even whether or not our community still needs it. But Pride is more than just a parade, and understanding its history is key to understanding its future, and why it’s still so important today.

The majority of Pride parades happen in June to commemorate the Stonewall Riots that took place in New York in 1969. Tired of endless police persecution, the LGBTQ community took a stand at the Stonewall Inn during a frustratingly regular raid by the authorities. The patrons of that bar fought back and events quickly escalated into a full riot against years of police abuse. The event became the defining moment in the mythology of the gay liberation movement, when LGBTQ people started to resist. The first parades to memorialise that moment took place the following year across America, and every year since. In the UK, the Gay Liberation Front organised the first parade in 1972 – borrowing the ideas of their American cousins – where around 1,000 people marched from Trafalgar Square to Hyde Park. It was not the parade that we would recognise today, however; there were no cheering crowds, no sponsorship, and none of the plethora of LGBTQ groups in attendance that we now have. Marching in that first parade took guts. And like the brave men and women who march for their rights in homophobic countries around the world this month, they risked a real backlash for standing up and declaring their sexual or gender identity in a homophobic and transphobic world.

The parade was part of a much broader agenda that the Gay Liberation Front developed to change how society treated homosexuality. In their manifesto, they wrote of the need to “rid ourselves of the oppression which lies in the head of every one of us.” This was the pervasive and indoctrinated idea that gay people were sick and that homosexuality was wrong, which they recognised was in the minds of gay and straight people alike. Their answer was simple: “develop a gay pride.”

Pride meant standing up and being counted. It meant living your authentic life. It was a mind-set designed to change the world, one person at a time. The parade was one manifestation of it, when marching meant putting yourself in the firing line for abuse, ridicule, and public exposure. But it wasn’t the only manifestation. For those early gay liberationists, Pride was a way of living where you embraced your sexuality and gender and refused to feel guilty about it – but this required work. Human beings are
bombarded with images of heterosexuality and the narrative of a cisgender life on a daily basis. Coming out in opposition to that is a brave and difficult thing to do, even in liberal communities, but it’s also essential because despite what some dangerous individuals think, it’s not possible to change your sexuality or your gender identity – denying who you really are will only ever lead to misery.

So, the Gay Liberation Front realised that in order to change the world they would need to change themselves first: “By freeing our heads we get the confidence to come out publicly and proudly as gay people, and to win over our gay brothers and sisters to the ideas of gay liberation.” Harvey Milk said the same, imploring people to come out to their friends and family so that every heterosexual person would then know at least somebody who was gay and then think twice before voting to repeal gay rights protections. This would have seemed like a monumental task, encouraging a community of people to come out when being gay could see you lose your job, your friends, and even your life. But they did it; more and more people today are able to live openly as their authentic selves because of the cumulative effect of coming out. But telling the world you are gay or trans does not mean you suddenly free yourself from the years of cultural baggage that you carry around with you. The gay liberationists knew that those insidious ways of thinking had a habit of gnawing at your mind, telling you that being gay was sick, immoral, and wrong. They acknowledged that you could not change the way society had programmed you to think and behave overnight. Instead, they had to constantly remind themselves and others that there was nothing wrong with them, and that they should be proud of who they were. They did this through consciousness raising ‘awareness groups’ – a kind of early group therapy – where they discussed their own prejudices towards homosexuality and attempted to overcome them. This was all part of learning not just to accept who you were, but to be proud of it too. Pride was an ongoing challenge to be happy as your real self.

Related: Unintended consequences: The legacy of the Gay Liberation Front

Pride parades today are a corporate affair. After that first march in London in 1972 they began popping up across the country, growing in size and cost. As gay rights protections have been secured they have become less about protesting for legal change, and more about celebrating the journey we have been on. The inclusion of corporate sponsors may seem like a sell-out to some, but their very presence points to the fact that organisations and employers across the country have ways of making it easier to be your open, authentic self. They also point to the growing acceptance of the heterosexual majority towards homosexuality (if not to the trans community). For some, the ubiquity of gay groups and the legal protections that are now afforded to the LGBTQ community mark the end of the road for Pride, and events like it. But you only have to look at the celebrities who obsessively hide their sexuality, the communities and parts of the UK where homophobia still ingrains daily life, or even the toxic culture of masculinity in dating apps and the gay scene with their ‘no fats, no femmes, no Asians’ mantra, to realise that the message of Pride is still needed.

Internalised homophobia can present itself as a prejudice towards different ethnicities, body types, and ages, and are often borne out of a lack of self-worth which Pride espouses. It’s easy to think the world has accepted LGBTQ people when you are a masculine presenting man in the capital. Ask a trans person or femme guy outside the big cities and you might get a different answer.

Pride then is about looking within yourself as well as around you, and accepting the diversity of human experience without prejudice. It asks us to be better than society has programmed us to be. As long as groups are marginalised and made to feel less than their full worth – by both LGBTQ and straight people – then Pride is still needed. So yes, Pride is a parade, but it’s also a coming out, a creation of identity, and being proud of your authentic self. These things will never go away, and that’s why it still matters.