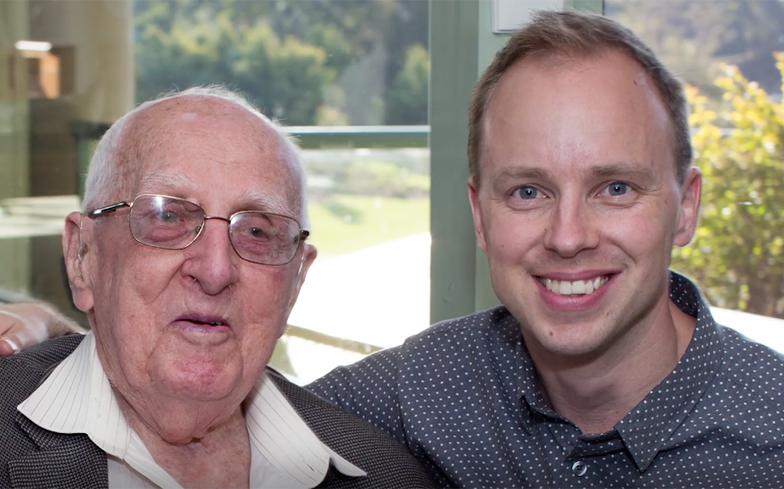 Our faith in humanity just got a little stronger.

As Australia holds a non-binding postal survey to gather public opinion on the legalisation of same-sex marriage, this 104-year-old granddad named Alex has revealed why he’s voting ‘Yes’ to equality.

And now he wants his grandson Paul to have the same opportunities as him.

“A couple weeks ago I sent my granddad an email, because of course all 104-year-olds are on email, and I asked him how he felt about the same-sex marriage survey,” Paul recalled.

“He got back to me straight away, and his first line was, ‘Dear Paul, the answer is YES’.”

When you’ve been alive for over 100 years, Alex explained, you learn to “accept people as they are” regardless of their differences – and we think a lot of bigots could learn something from him.

“What I can’t understand is what all the fuss and commotion is about,” Alex continued, “they’re human beings like ourselves, so they should have the same rights and privileges as ourselves.”

Watch the moving video below.