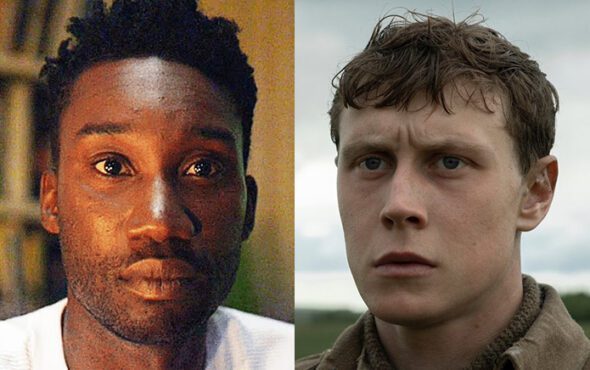 Production is set to get underway for Femme, an upcoming gay revenge thriller, which stars 1917’s George MacKay and Candyman’s Nathan Stewart-Jarret.

Set in London, the film explores the story of drag queen Jules (Stewart-Jarrett), whose life changes after a humiliating homophobic attack.

After spotting one of his attackers, Preston (MacKay), in a gay sex sauna, his plan for revenge gets underway.

“Realising Preston doesn’t recognize him in his boy form, Jules begins to insinuate himself into Preston’s life and, in doing so, discovers power in a new kind of drag,” the film’s description reads. “But the dangerous seduction threatens to turn deadly at any moment.”

Femme will be directed by Sam H. Freemand and Ng Choon Ping and is based on their BAFTA-nominated short film of the same name, which was released in 2021.

It was met with critical acclaim after premiering at South by South West, eventually winning a British Independent Film Award for Best British Short Film.

“We are huge fans of thrillers, but we felt that the predominantly hyper-masculine genre often excludes the queer perspective,” the two said in a joint statement. “By putting a gay protagonist at the heart of a thriller, we aim to invert expectations, and push stories from the margin, and ourselves as queer artists, into the mainstream.”

Production for the movie will begin in June, meaning the film is unlikely to premiere until 2023 – though this is yet to be confirmed.