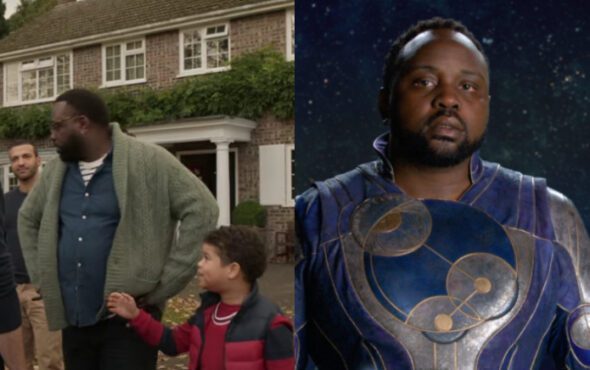 Review-bombers are targeting the upcoming Eternals movie in protest of the LGBTQ+ representation it features.

With the movie’s release imminent, fans will soon get to see the first gay family in the history of the Marvel Cinematic Universe.

They appear in the movie’s trailer and, although only in it for a few seconds, can be seen in front of what appears to be their home as they stand alongside their son.

Both the actors and director have hailed the movie for its inclusivity, something which is likely to go down well with LGBTQ+ viewers if done as well as has been stated.

Haaz Sleiman, who will play an architect who is married with a child to Phastos, previously told Out Magazine that his casting was “very smart” as he will “humanise the hell” out of LGBTQ+ families.

Now, anti-LGBTQ+ reviewers are “review-bombing” the movie as they swarm review forums in a bid to make the movie appear as a critical flop.

In the case of Eternals, they have not yet seen the movie but are targeting it because of its inclusion of a gay kiss and LGBTQ+ family.

One of these “reviews” said: “If woke and mediocre would be given a medal this would win. C mon marvel , this was cheap even for you, such a crappy movie like this could be done only with angelina jolie and her style of making amendments to movies……. Not watchable at all.”

Another called Eternals a way for Marvel to “tick all the Hollywood Woke boxes,” adding that the director is “sucky”.

They added: “Totally unrecognizable from the comics. All it does is tick all the Hollywood Woke boxes. Which seems to be the goal. Not storytelling. But that’s hardly surprising these days. Don’t waste your money. It’s not worth it.”

IMDb has now removed the negative reviews, though it is unclear how the situation will change upon the movie’s cinematic release.

According to The Direct, Eternals had 450 one star reviews, making up 26.1% of the total responses received at the time of IMDb taking them down.

It is set to be released on 5 November.