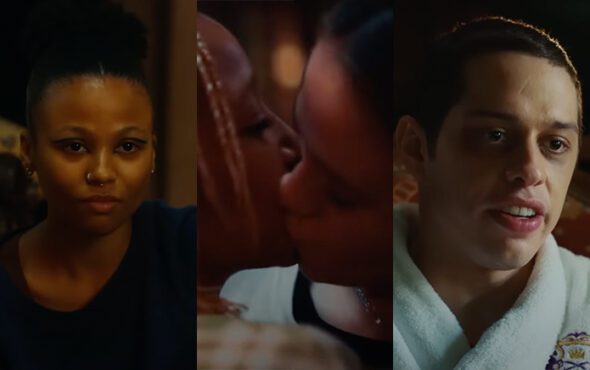 The first trailer for Bodies Bodies Bodies, an upcoming queer slasher movie from prodcution studio A24, has been released.

It shows a group of friends trying to figure out who the killer is after someone unexpectedly dies during a weekend away.

“Guys, I get so stressed out every time we play this,” one responds. “Someone always ends up crying.”

The trailer states that whoever draws the piece of paper with an ‘X’ on it is the murderer and everyone else has to avoid being killed – though it seems things get literal in a way they were never intended to.

The official description for the film says: “When a group of rich 20-somethings plan a hurricane party at a remote family mansion, a party game goes awry in this fresh and funny look at backstabbing, fake friends, and one party gone very, very wrong.”

Amandla Stenberg plays Sophie, a young woman at the core of the story, who introduces her girlfriend (played by Maria Bakalova) to the group.

The film will be released on 5 August and you can watch the full trailer below or by clicking here.