Amandla Stenberg and RuPaul sign on for new animated film 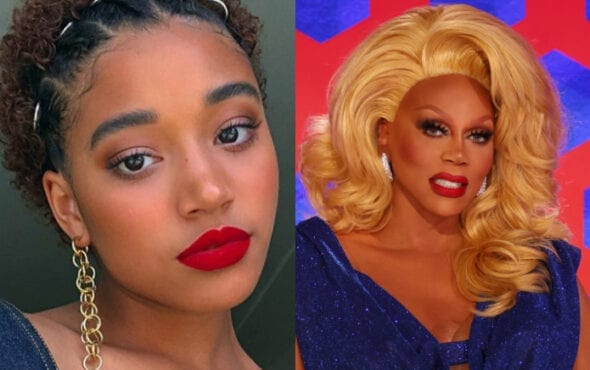 Amandla Stenberg is teaming up with RuPaul and Laura Dern in the new animated film Ozi.

According to a report from Deadline, Stenberg is set to play the titular character, Dern has signed on to voice their mother, and RuPaul will star as Gurd, Mr Smiley’s son and heir.

The film will tackle the environmental crisis regarding deforestation in the Indonesian rainforest. It will also follow Ozi, a teenage orangutan who becomes an orphan after her home gets burned down.

Ricky Roxburgh has been tapped to write the screenplay. Mike Medavoy and GCI film are set to co-produce the movie.

Medavoy expressed his excitement for the film and its cast in a new statement.

“It is real pleasure to be part of Ozi, a film which has brought together creative minds from across the globe – spearheaded by talent from the UK – and I am happy that we have secured a stellar cast,” he said.

Adam Stanhope, the co-founder of GCI Film, also opened up the film and highlighted the importance of its subject matter.

“It is a testament to the strength of the Ozi story that we have brought such influential partners and expertise on board,” he said.

“We knew that we had to assemble a global team to shine a light on an issue which can only be solved by concerted international action.

“So we are delighted to announce today that we have the backing of these Hollywood icons.”

The film is currently in production and is expected to be released in the summer of 2022.