Telfar Clemens interview: “The clothes I wanted to wear did not exist, especially in the menswear market” 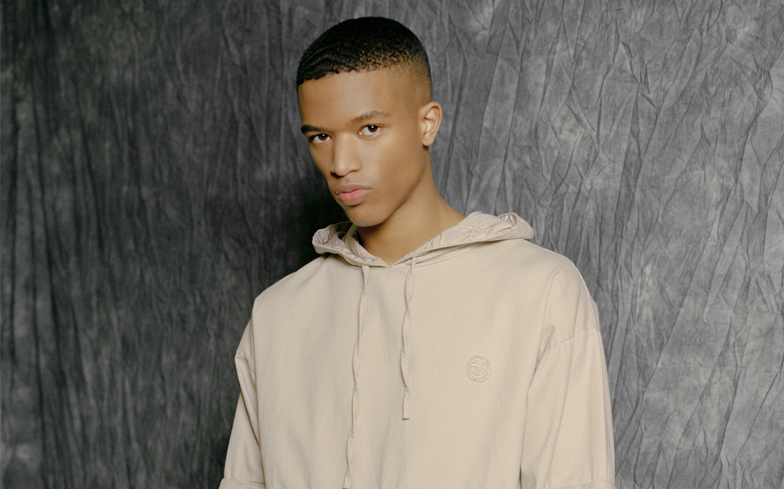 When he was a kid, Telfar Clemens’ mum and dad had some pretty strict ideas of how he should dress.

“The clothes I wanted to wear did not exist, especially in the menswear market,” he explains. “I was always attracted to the conceptual advantages that womenswear had over menswear, but growing up I wasn’t allowed by my parents to wear or buy womenswear, so I started to make my own clothes – I wanted to make a line that was genderless and spoke to people like me.”

Fast-forward a couple of decades, and this idea so simple in its core seems to have snowballed into something quite majestic. Telfar is on the forefront of a revolution, with his eponymous label breaking the archaic standards the fashion industry has set as the norm, and infiltrating subversive storylines into the mainstream conversation.

Launched in 2003, Telfar is an ode to its founder’s heritage. As a fashion brand, it celebrates black culture, New York City and queerness while pushing the limits of that Venn diagram above and beyond. Telfar is about beautifully designed clothes, well-constructed reinterpretations of familiar codes of traditional, cisgender dressing with a slight twist. As his formative idea of fashion came from a personal need for gender-bending, Telfar’s clothes laud the true definition of unisex, and question the ideas of gender in a highly sexual (but also sexy) way. And no, it’s not about girls wearing oversized men’s shirts and guys walking around in floral bomber jackets. It’s about rethinking how different we imagine a ‘male’ versus a ‘female’ wardrobe. It’s about a pair of jeans that look hot on whoever wears them; a polo t-shirt with a cut-out which gives its owner a sensual aura; tracksuit bottoms that feel comfortable and look sexy. His clothes were never about avant-garde in a way his peer Shayne Oliver of Hood By Air markets himself. They are wearable, just slightly abnormal. Yet, looking at the hype around streetwear-inspired brands like Off-White and Vetements, or just staring at the windows of H&M and Urban Outfitters, fashion seems to have steered into Telfar’s unisex activewear direction. Why now?

“I’m not sure, could be a number of reason, but I think it’s mainly a shift in how people see the world and an actual shift in society. It’s natural to just like or appreciate some things and to just let people be themselves and look how they want to look, or feel comfortable looking.” But whatever that spark for change is, it’s definitely one of the reasons why Telfar was recently awarded with one of the most prestigious prizes in the fashion industry.

In November 2017, American Vogue’s editor-in-chief Anna Wintour named him the CFDA Vogue Fashion Fund winner for the year and handed him a check for $400K, both of which offered Telfar a whole new chapter. “I can finally start to work like the business I have dreamed of, and to make the clothes I always wanted to make – all on my own terms,” he says.

For the first time, a black designer whose brand ethos revolves around enjoying queerness was recognised by the industry that mostly overlooks all of the above. “It felt much bigger than just winning money, but a new kind of acceptance and nod to the core values of the brand and the type of people it represents.” Telfar as a brand is an ode to its founder’s heritage. Clemens is a proud Queens, NY-native who pursues the celebration of his black heritage with everything he does. He has also been a NYC-fixture for years. The fashion insiders knew who he was, the party animals knew about his legendary after-parties, and the fast-food lovers all over America have probably faced his work without even knowing.

“What started as a runway show sponsorship in 2015 turned into a design partnership for the new uniforms in 2017,” Telfar describes his collaboration with America’s oldest fast food chain White Castle. An incredible initiative had the designer creating uniforms for the 400 White Castle locations nationwide and manufacturing 12,000 sets which are still in use. The (now closed) Times Square branch of the restaurant was also the home of some of the most notorious New York Fashion Week after-parties, thanks to Telfar. “People are still talking about them – and YES the burgers were free. Everything was free and really fun,” the designer reminisces. But it wasn’t just about fun and games. The uniform collaboration also launched a line of White Castle x Telfar merch on the fashion brand’s website (it’s currently sold out), with 100 per cent of the profits helping to bail minors from Rikers Island jail, which is infamous for locking up young black men. This level of high-impact community work that Telfar achieves with his fashion is what makes his work unique. Clemens’ ways of subverting sexuality and what the term ‘Americana’ stands for in today’s fucked up world is what signifies how big of a marketing genius he actually is. Together with the creative director of Telfar, multi-disciplinary artist Babak Radboy, he pushes the boundaries of how we perceive luxury fashion. The talented designer has previously said that his dream is to become the next “Michael Kors, but on purpose,” referencing the all-American dream Kors packaged into mid-level luxury bags and accessories with a simple logo. It’s also undeniable that the Telfar logo has immense commercial potential due to its straightforward simplicity. But don’t be fooled at what it looks like at a glance. Telfar serves its black queerness in a highly incendiary, almost perverse way while also giving credit where it’s due: “Being gay in 2018 is supposed to be about being free, being proud of who you are with no consequences for being who you are. I feel like gay people from older generations had to fight a lot harder in order for us to have the basic freedoms we have today.”

A long-term supporter of queer artists, Telfar has previously worked with everyone from well-known musicians Kelela, Ian Isaiah and Dev Hynes aka Blood Orange (all of which were part of his most recent presentation at New York Fashion week), to more obscure South African duo FAKA who span the records at Telfar’s January 2018 Milan exhibition, Nude. The mentioned show at NYFW was also celebrated with a big after-party at Century 21, a discount department store and another New York City staple. This event was the second stop on the “Telfar world tour” after the Milan exhibition, another proof Clemens is riffing off everything pop culture has to offer. Whether it’s music, fast food or art, it’s about surrounding yourself with people that share the same sensibility. “Unity means a lot to me, my core group of friends and people I consider family come from all different backgrounds and sexual identities,” he says.

But it’s not just about creating for that inner circle. Telfar’s fashion is democratic, simultaneously groundbreaking and approachable. “The people that follow the brand are super important – we may not have the same goals, aspirations, or anything in common… But at the end of the day, we at least share an interest in the clothing itself.”

Both as a brand and as a human being, Telfar represents a number of communities that have ongoingly been under-represented in the fashion industry. But as his recognition seems to be gaining momentum and his dreams of being black, queer and part of the mainstream become closer to reality, it seems like the world is finally catching up with Telfar Clemens.