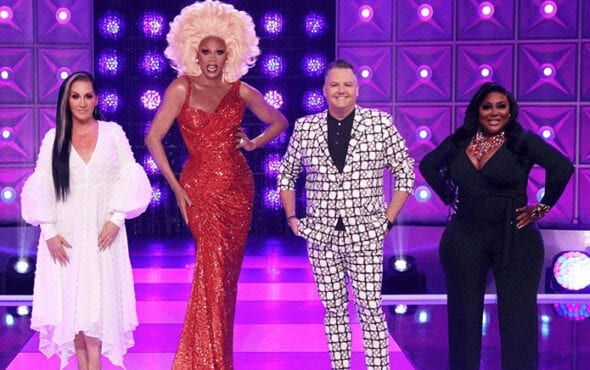 We will never be able to look at beads the same!

It’s Saturday and you know what that means? A brand new episode of RuPaul’s Drag Race Season 13!

Comedy was the category for episode seven with the girls dusting off their improv chops and stopping by Ross Matthews talk show Bossy Rossy After Dark. From comedic gold to a beaded filled runway the queens laid it all out on the table.

1: The opening of the Library!

We have now come to that time of the season where the Library officially opens. For the mini-challenge, the girls are given a chance to READ each other to filth (all in the name of love of course).

Whereas most of the queens delivered in the Library, Elliot with 2 T’s struggled a bit to land her reads.

After sharing a few laughs Gottmik was crowned the winner of the mini-challenge!

For this week’s Maxi challenge the queens were told to “improv for their life” as guests on the trashy talk show Bossy Rossy After Dark.

For the challenge, the queens were paired off in either a duo or a trio by Mother Ru herself.

Each girl brought their own to their assigned characters and delivered some hilarious moments.

But Olivia Lux and Symone stood out as their characters Cheryl the ex-mime and Lil Deb Deb aka DebOrah.

From the minute these queens showed up on set their acting and jokes shinned, showcasing their undeniable comedic skills and versatility hunny!

There’s nothing QUIET about this Bossy Rossy performance! 🍦🎭 #DragRace pic.twitter.com/Td70F4k8BF 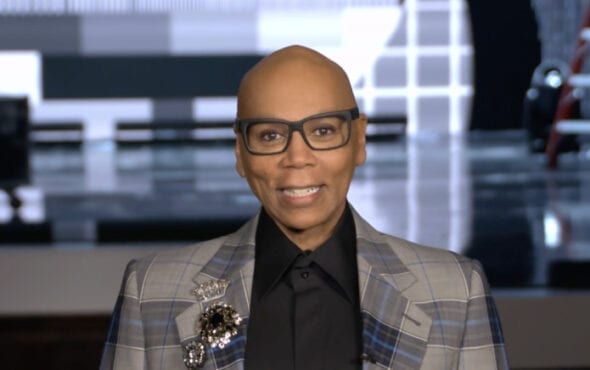 After the queens rambunctious appearances on Bossy Rossy After Dark the queens headed to the werkroom to prepare for the runway challenge.

During this time viewers were treated to a truly heartwarming moment between Elliot with 2 T’s and Tine Burner.

While getting glammed up, Elliot opened up to Tina about feeling ostracized by the other girls after the maxi challenge.

“And it’s just like you know, you get to a point where it’s like, it gets to you,” Elliot says.

Tina went on to explain how the other girls may have pushed her to the side due to them not knowing who she really is.

Elliot went on to open up about her ongoing fight with depression stating: “I think a lot of my insecurities with how I interact with others comes from, like, I have a pretty severe case of clinical depression.”

She continued: “I have since I was about 13 and so I think that’s why I kind of put in that face, that mask because I don’t want anyone to think, ‘oh girl, she has depression’.”

During a confessional Tina praises Elliot for being open about his mental health while also talking about his own mothers battle with depression.

“My mom’s had depression since I was a kid. Without pills, my mom is a very different person.

It was so nice to see Tina Burner and Elliot with 2 T’s share their struggles with mental health and bring more attention to this important conversation.

Depression is real . Remember to listen and remember to love . We all could use more love. https://t.co/rNtSsRkh6W

For this weeks runway, the category was Bead it and the girls did not disappoint!

As the competition progresses we continue to see the girls showcase their unique and creative styles.

But out of the 10 queens Denali, Utica, Kandy Muse and Symone shined!

Denali wowed in her chandelier inspired lewk that sparkled all up and down the runway!

“This look is one of my all-time favourites and it is a design that came straight from my mind.

“I’ve been obsessed with lamps since I was like a little baby boy and I told myself years ago ‘One day I’m going to walk on the main stage of RuPaul’s Drag Race dressed as a massive chandelier’,” she said.

Known for creative lewks Utica did NOT disappoint with this challenge and wowed us with her beautiful bloody bride moment.

Utica explained her outfit in detail stating: “I am serving this bloody bride but she’s got this dark side, she’s killed her husband and she’s walked in his blood and just gilded with all these different kind of beads.”

Kandy Muse was serving elegance and power in her runway lewk this week! With her glorious beaded hat and beautiful bodysuit with fur we.were.shook!

“This is the most beautiful I am ever going to look. I am wearing my huge hat with beads and a cascade of diamonds.

“I have my nipples softly caressed with some tassels. I look like sex walking down this runway,” Muse states.

And rounding out the best lewks of the night is none other than Symone!! She was GIVING with her incredible two-piece design and laid hair.

We died and gone to Drag Race heaven!

Symone has been consistent each week with her signature lewks, wowing the judges, her fellow queens and audiences.

“You wanted a gag on the runway? Well, honey here it is!

“My runway lewk is inspired by glamazonian, Zuli African warrior all of these things spun up into one. I am feeling so strong and ready to kick your ass if I need to,” she gushed.

Episode seven ended on a sad note with LaLa Ri going home after an intense lip sync battle with Elliot with 2 T’s. But we know this won’t be the last of our favourite Atlanta queen.

Make sure to tune in to RuPaul’s Drag Race on VH1 and Netflix for UK/IE viewers!