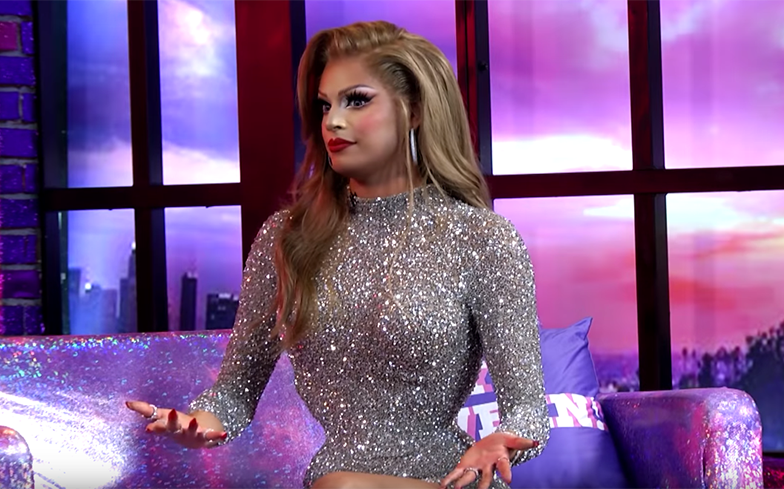 “It exposed this facade and this character of who I could really be.”

Valentina has spilt the T on why her fans and fellow RuPaul’s Drag Race queens “turned” on her.

Last year, drag performer Aurora Sexton made a post on social media about a queen (who she refused to name) that was “rude and dismissive” during an event, saying she had “never witnessed” that kind of behaviour from a Drag Race girl.

“I’ve been in this business…awhile. I’ve seen many entertainers come and go,” she wrote. “I’ve worked with the best in the business from RPDR stars to pageant veterans, industry legends to mainstream A list celebrities.”

“They all had a few things in common: They were all polite, accommodating, professional, on time, courteous, thankful, good to their fans, good to the venues, their staff and respectful of the places they are visiting.”

Related: Valentina opens up about her non-binary identity in her most vulnerable interview to date.

Aurora continued to say that what the professionals didn’t do was “show up an hour late, demand a show be tailored to their desires or threaten cancellation, demand police protection” and “disappoint their fans by cutting off meet n greets”.

She also said they were not “incapable of dressing themselves,” demand to be taken to “multiple restaurants and sticking the driver with the bills” and complain about the lack of “red m&ms and champagne” in their dressing room.

It soon attracted attention online and Valentina quickly became the main suspect because a rose emoji was used in the post.

During her recent appearance on Hey Qween, host Johnny McGovern asked Valentina about the situation, to which she responded: “Oh dear lord. There’s something about the way that I do things that either irritates people or people just live.”

Valentina compared herself to other famous people such as Cardi B, saying once a performer reaches their peak of success, there will be “turbulence” and fans will want to “drag them down to see if you can make it through”.

“Red M&M’s was that moment,” she said. “Everybody wanted to snatch my wig off, throw it off and see if I would cry or if I would stand their and pose. Because I’m such a private person, it exposed this facade and this character of who I could really be.”

At the event – which took place in PLAY, Nashville – Valentina admitted to being “probably very short of words, not the sweetheart, not acting like Miss Congeniality” because she was exhausted from flying across the country for gigs.

She demanded”in her rider for the meet and greet portion of the show to occur before she hit the stage, for multiple reasons, mainly because she wants fans to “catch her for pictures” when she looks fresh.

Valentina then acknowledged the backlash from Aurora’s post. Despite the post saying later on that it wasn’t about just one queen in particular, Valentina received the main brunt of the backlash, resulting in the community ‘coming’ for her.

“They all turned, even my own fans turned on me,” she revealed, before explaining that she was emotionally “very lost” during this period of her life and ‘didn’t know who she was or what she was doing’ anymore.

Soon after, Valentina experienced panic attacks and felt “mentally unstable” and so she requested time off work. She was so desperate for a hiatus that she lied about having kidney stones and even threatened to “hurt” herself.

Watch Valentina explain the controversy on the latest episode of Hey Qween below.