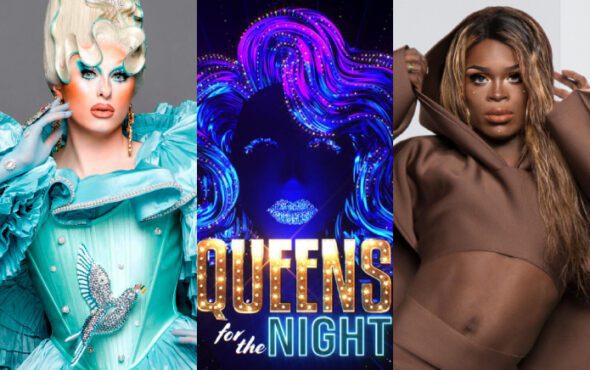 An array of Drag Race UK stars are headed to ITV in a brand new one-off drag special.

Over the last 10 years, the talented drag community has taken centre stage in pop culture, partly due to the massive success of RuPaul’s Drag Race.

With 14 seasons and over 10 spin-offs, the show’s diverse batch of queens have inspired and educated an array of TV viewers worldwide.

Other shows like Queen of the Universe and Dragula have also added to the growing drag phenomenon.

Now, it looks like ITV is set to add their own drag-based TV program to the mix with Queens For The Night.

According to a report from Deadline, the 90-minute special will follow six celebrities, including TV icon Mr Motivator and Love Island star Chris Hughes, as they undergo drag makeovers.

After creating their drag persona, the group will then head to the stage to perform in front of a panel of judges and a studio audience. At the end of the special, one of the celebrities will be crowned the winner of Queens For The Night.

Blu Hydrangea, Kitty Scott-Claus and Asttina Mandella are just some of the former Drag Race UK stars who are set to lend their talents to the inexperienced contestants.

Outside of the Drag Race fandom, La Voix, Myra DuBois and Margo Marshall are also confirmed to appear on the show.

“I’m so excited to be hosting this show. I am a huge fan of Drag and can not wait to see a host of well-known stars embrace this uniquely wonderful and uplifting skill,” Kelly said in a statement.

“It’s a show that will have humour, warmth, and above all, lots and lots of glamour, I can’t wait to get started.”

Mel C added: “I’ve always been a huge fan of Drag, and in 2019, I was lucky enough to do a World Tour or Prides with some of the most wonderful and creative queens out there!

“On that tour I really learnt what’s needed to cut the mustard on this fabulous world, and I can’t wait to see how our celebrities measure up with their incredible mentors guiding them every step of the way.”

Queens For The Night is expected to premiere on ITV and ITV hub later this year.