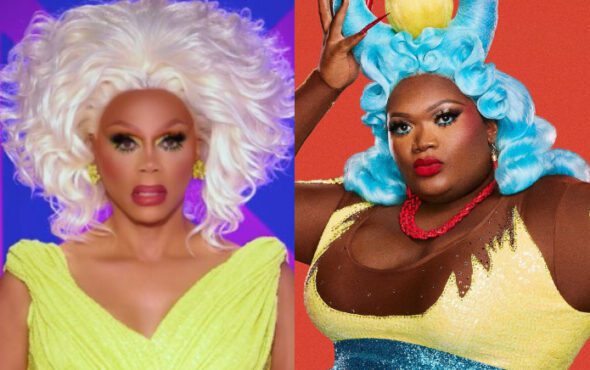 Spoilers ahead for the latest episode of RuPaul’s Drag Race season 14, including which queen got the chop.

The latest episode started immediately after the lip-sync between Alyssa Hunter and Kerri Colby.

After the remaining queens had decompressed on the couch, the group headed home to prepare for the new week.

But as the group walked into the workroom the following day, they soon realised that Kornbread was nowhere to be found.

Mama Ru then entered the room and informed the girls of the unfortunate situation with the LA-based queen.

“Ladies, as you may have noticed, Kornbread isn’t here today. She wanted to share this message with you,” Ru explained.

The contestants were then treated to a video message from Kornbread, who informed the group that she rolled her ankle during the acting challenge.

“When I went home and went to sleep, I woke up in excruciating pain and my ankle was extremely swollen,” she explained.

Kornbread went on to say that after seeing a doctor, she was instructed to stay off of her feet for “six to eight weeks”.

“So, unfortunately, this is the end for me in season 14,” she concluded.

But before officially signing off, Kornbread shouted out Kerri, Jasmine Kennedie and Willow Pill.

“Miss Kerri, keep fighting honey. Keep showing them how gorgeous you are and you can be a monster too girl. I’ve seen you when you wake up in the morning,” she said.

“Jasmine Kennedie, baby, just listen. Aint not hard feelings over here and I know you gonna talk enough for the both of us. And lastly, my good buddy Willow, you make sure you take care of yourself first. You continue to have fun and continue to be weird and throw those flip flops in the trash.”

Shortly after the episode aired, Kornbread took to Instagram to praise the show and its producers.

“Dear Season 14. Thank you for everything. I’m the happiest I’ve ever been in my life and nothing can change it. Niko Kosberg I want to say I’m grateful for you,” she wrote.

“Sitting in that hotel room was absolutely hard to do and you were there thru every aching moment and helping me get past the tears.

“This was a rough episode for me but the love and support from everyone has been tremendous. Is you HUNGRY?! Cuz bitch I’m BAKED.”

Fans on Twitter took the news especially hard, with many calling for Kornbread’s inclusion in season 15.

One user tweeted: “Hope Kornbread comes back next season but also high-key would love to see her in TV outside of the race, movies, standup, etc. She’s literally such a star already.”

Another fan wrote: “Cancel the whole season I simply can’t do it without Kornbread.”

Check out more fan reactions to Kornbread’s surprising departure below.

hope kornbread comes back next season but also high-key would love to see her in tv outside of the race, movies, standup, etc she’s literally such a star already

cancel the whole season i simply can’t do it without kornbread #rupaulsdragrace pic.twitter.com/AhPFNyy7hx

losing Lemon and Kornbread in the same week did not make sense with ly fantasy… #dragrace #dragraceuk pic.twitter.com/teLxtbsRG1

not kornbread and willow 😭 #DragRace pic.twitter.com/YXKBkRdrdL

Angeria and Kerri looking out for Willow now that Kornbread is gone 😭 #DragRace pic.twitter.com/6bmQAT9ydL

kornbread entering the workroom in season 15 of #DragRacepic.twitter.com/wwqg3MDGw9

My heart every week for the rest of season 14 🥲🥲🥲#DragRace pic.twitter.com/N6DZB7WT4e

All I was thinking while @kornbreadTMFS was giving her speech #DragRace pic.twitter.com/1fx1ibmzJH

me at Ru’s door if Kornbread doesn’t show up for season 15 #dragrace #rupaulsdragrace pic.twitter.com/AshIpsOEl1

kornbread: “unfortunately this is the end for me in season 14” #DragRace pic.twitter.com/2qeQJWs59V

after they said kornbread isn’t coming back, I haven’t heard a single word that was said this entire episode