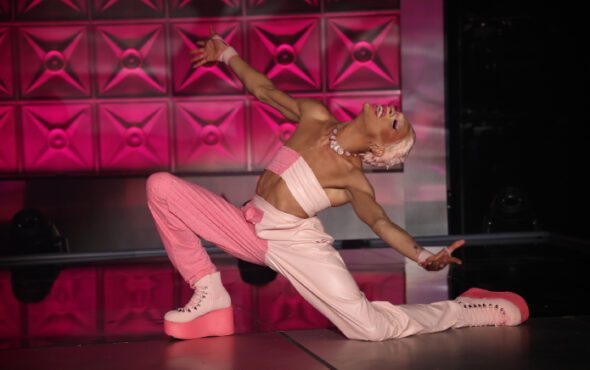 Drag Race star Yvie Oddly has released a statement addressing her health struggles following the latest episode of All Stars 7.

In an interview with RuPaul and Michelle Visage during episode 11 of the series, the performer got emotional as she discussed her journey with Ehlers Danlos, a degenerative condition that affects the body’s connective tissue, causing issues with mobility.

“It’s been very difficult,” Yvie admitted. “I’m feeling myself actively losing skills and it’s getting hard to even stand up in heels.”

Later in the episode, Yvie worked the runway, pulling several tricks including a back handspring.

The season 11 winner received positive critiques from all the judges and she dubbed her performance a “call back to the skills she’s losing” as her condition worsens.

On Instagram, she later thanked her supporters for their kind messages, revealing the circumstances that led to the runway performance.

“When they announced this week was the talent show I knew it was my last chance to try and showcase one of my favourite tricks (…) but unfortunately that never happened,” she wrote.

“The last backflip I ever landed was after mustering up enough energy to go full out for rehearsal. However the last one I ever attempted was for the first taping of my performance. I had less energy to spare and landed on my neck/shoulder/head in front of the [RuPaul].”

Yvie continued: “I spent a lot of time feeling angry/sad/disappointed by that night, but ultimately I had to let it go because there’s so much I’m still capable of doing and being.

“So to anyone who ever asks how my health is doing: it’s not good, it’s not getting better, and it’s not going to…but at least I am.”

Fellow Drag Race stars and fans flooded the comments with their support for Yvie.

Season nine competitor Peppermint left a heartfelt message thanking the performer for opening up, saying: “I hope the energy in the zest you have allows you to find more ways to connect with your audience and fans and supporters.”

“I love you Yvie :(,” another user wrote, while season 14 contestant Orion Story said she’s “enamored” by her “talent and bravery”.

Yvie Oddly first spoke about her illness on season 11 of Drag Race and has continued to talk openly about her health during her time on All Stars 7.