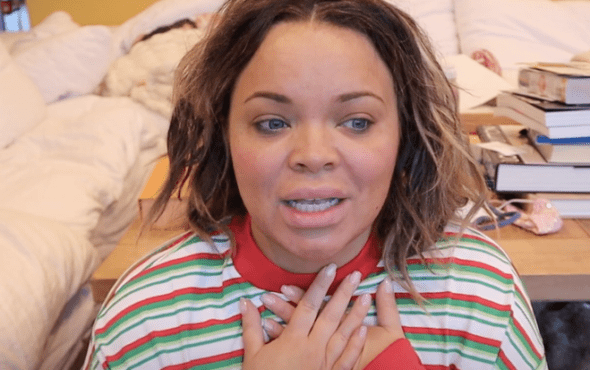 Trisha Paytas has announced they now use ‘they/them’ pronouns and credited TikTok for helping them understand their gender.

32-year-old YouTuber Paytas has revealed they now identity as non-binary is a new online video.

The internet personality was criticised in 2019 after claiming they were a transgender man in a YouTube video. Paytas has since removed the post after facing backlash for their comments.

Paytas has made a name for themselves as an unpredictable online figure who is best recognised for their viral videos and as a co-host of the“Frenemies” podcast with fellow creative Ethan Klein.

A fan tweeted the star which pronoun they prefer to use. The tweet read: “What pronouns are you comfortable right now with me using in my videos about you? I don’t want to make any mistakes moving forward.

The influencer replied: “This is so sweet. They/them is my preferred at the moment. I really adore u. Thank u for this.”

On April 10th, the YouTuber shared their video reflecting on their gender identity and credited TikTok and their friend, and fellow online influencer, Gigi Gorgeous for inspiring them and helping them to learn more and educate themselves on the non-binary label.

hey @trishapaytas what pronouns are you comfortable right now with me using in my videos about you? i don’t want to make any mistakes moving forward.

“With ‘non-binary’ — and I have to give credit to TikTok and Gen Zers [… ] that feels like the perfect label for me,” they said in the YouTube video.

Paytas also added: “This is what I’ve been struggling with for so long, is for people to just accept that I’m all genders and no genders at once. The more I was researching nonbinary, I was like, ‘This is the label. This is who I am.’”

You can watch Paytas’ YouTube video here or below.

Related: YouTuber Gigi Gorgeous comes out “for the fourth time” as pansexual